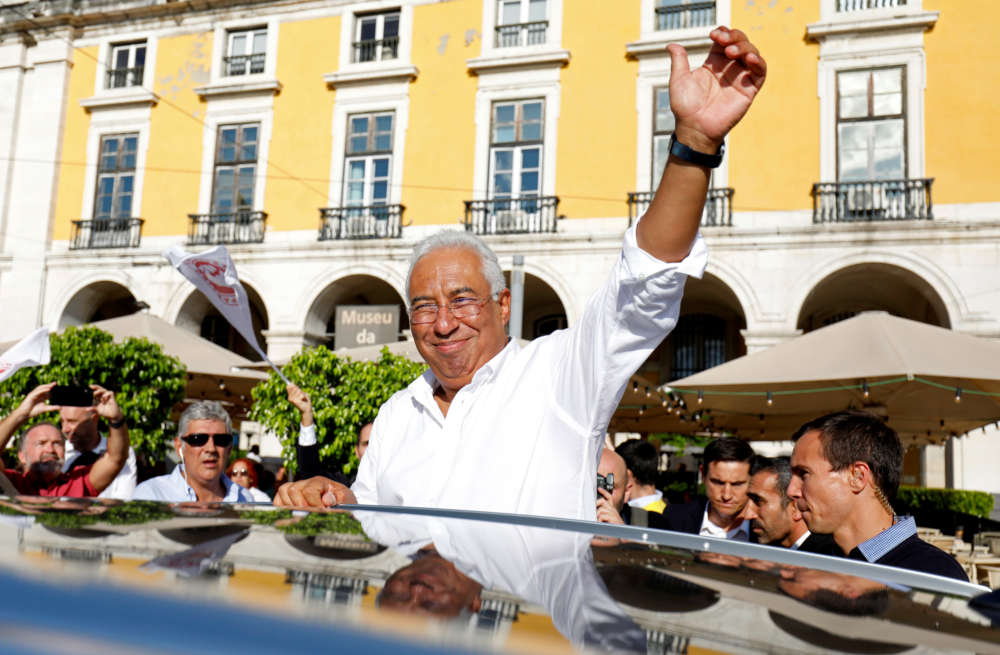 Portugal began voting on Sunday in an election that Prime Minister Antonio Costa’s Socialists are expected to win without an outright majority, leaving the fate of potential allies as the main question.

Opinion polls indicate the Socialists will come top with between 36.5% and 38.8% of the vote but will need one or more parties to back them to stay in government. Costa’s minority government has been backed by two far-left parties since 2015.

“The main question is whether we’ll have our hands tied,” Costa said during a campaign rally on Friday. “We need to have the strength to guarantee four years of stability and not be a short-term government.”

Costa’s government has been praised by Brussels and at home for combining fiscal discipline with measures to promote growth after recession and the austerity of Portugal’s 2010-14 debt crisis.

“I’m voting for Costa again. He’s done well for us. He represented the people, defended the people, and I can only hope he does more of the same if he wins,” 81-year old Fatima Abreu said at a central Lisbon polling station early on Sunday.

Luis Alberto Lopes Brazao, a 46-year old homeless man, agreed. “I’m from a poor family and I’m struggling … But I trust this government,” he said after voting for the Socialists.

But after a series of scandals, from a nepotism row to the alleged involvement of a former minister in an army cover-up of the theft of weapons from a military base, other voters said it was time for a change.

“The last four years weren’t great for me. It is the same as it was in 2009 during the crisis,” said 66-year old garbage collector Adriano Macedo, who voted for the centre-right Social Democrats (PSD), the main opposition party.

“Politicians say that everything is fine but if it is fine it is only for them … I haven’t received a pay rise since 2009.”

The PSD is polling at under 30% and is expected to lose seats, while the Socialists are seen winning more than in 2015.

Post-election negotiations are not expected to be as messy as in neighbouring Spain, which still has no government more than five months after elections and is heading for a repeat poll in November.

In 2015 it took less than two months for Costa, whose party had actually come second, behind the PSD, to strike an unexpected alliance with two far-left, Eurosceptic parties, the Left Bloc and the Communists and be sworn in as prime minister.

Four years on, the hard left is demanding more public spending and has accused Costa of veering to the right. Costa has already ruled out a formal coalition but may try to renew his governing pact with one of the parties or both.

Since the last election, the People-Animals-Nature party (PAN) has grown in popularity and could become a kingmaker in parliament. PAN has said it is ready to support Costa if he commits to its environmentalist proposals, but it remains to be seen whether the party will win enough new seats.

Voting began at 8 a.m. (0700 GMT) and closes at 7 p.m. (1800 GMT). Exit polls are expected an hour later and official results will trickle in through the evening. Depending on how close the outcome is, a clear picture could emerge quickly or take days or even weeks.

Portugal is expected to record its lowest budget deficit in 45 years of democratic history this year. The economy is on course to grow 1.9% in 2019, above the EU average, helped by export growth and a booming tourism industry.