Rouhani says U.S. wants to cause insecurity in Iran but will not succeed 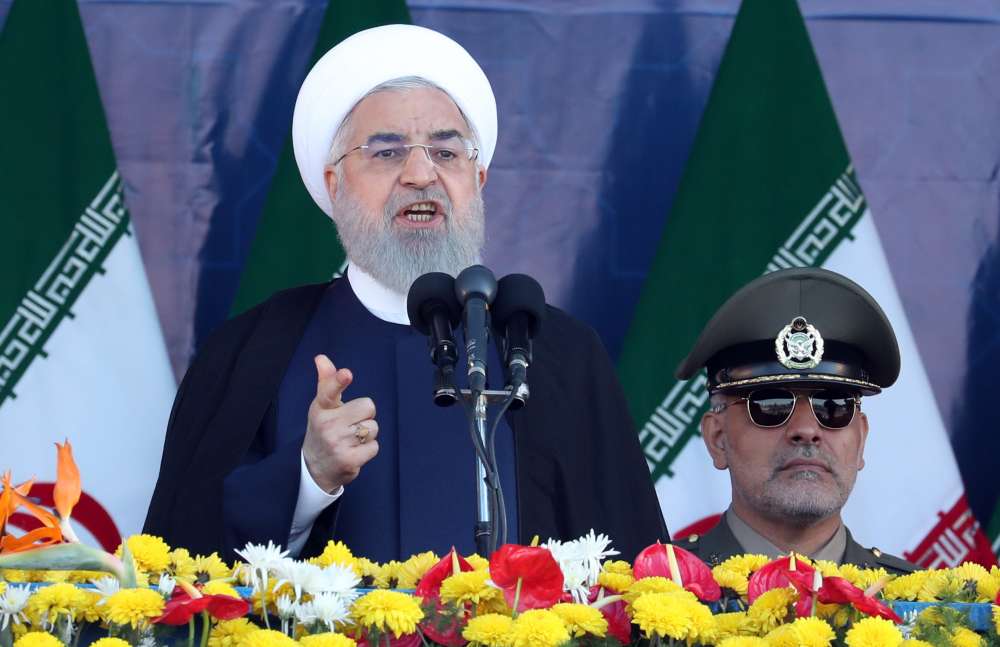 Iranian President Hassan Rouhani accused the United States of being a “bully” that wants to create insecurity in the Islamic Republic, a day after an attack on a military parade that killed 25 people, including 12 members of the country’s elite Revolutionary Guards.

“The small puppet countries in the region are backed by America, and the United States is provoking them and giving them the necessary capabilities,” said Rouhani.

The attack was one of the worst ever against the Guards – the most powerful military force in the country – and is bound to ratchet up tensions with Iran’s regional rival Saudi Arabia.

“Iran’s answer (to this attack) is forthcoming within the framework of law and our national interests,” said Rouhani, adding that the United States will regret its “aggressiveness”.

“The Persian Gulf states are providing monetary, military and political support for these groups,” said Rouhani.

The assault, which wounded at least 70 people, targeted a viewing stand where Iranian officials had gathered in the city of Ahvaz to watch an annual event marking the start of the Islamic Republic’s 1980-88 war with Iraq, state television said.

“Hopefully we will overcome these sanctions with the least possible costs and make America regret its aggressiveness towards other countries, and particularly Iran,” said Rouhani.

Hardliners such as the Republican Guards have gained standing at the expense of pragmatists in Iran’s multi-tiered leadership since President Donald Trump decided in May to pull the United States out of the 2015 international nuclear deal with Tehran and re-impose sanctions on the Islamic Republic.

By In Cyprus
Previous articleTwo held after Limassol brawl
Next articleFM: Emphasis on role of Cyprus in region a key pillar of our foreign policy