Rome bans all diesel cars in battle to curb pollution 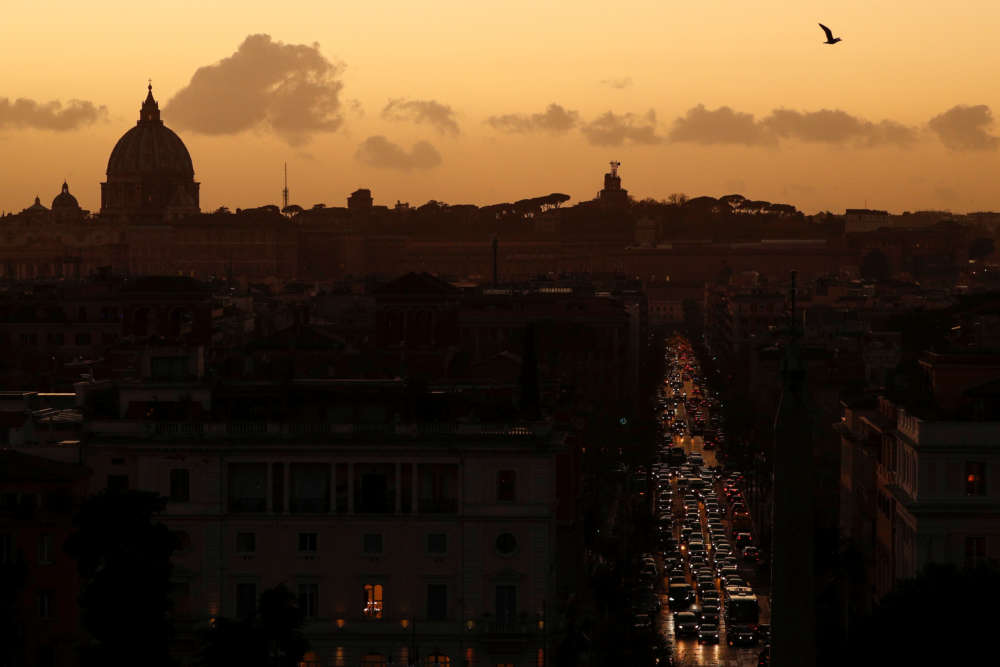 Rome banned all diesel vehicles from its roads for the first time on Tuesday to try to combat rising pollution, with numerous other cities in central and northern Italy also imposing curbs to cut harmful emissions.

A prolonged period of sunny weather with no rain and little wind has triggered dozens of smog alerts across the country.

Rome city council banned diesel cars, vans and motorbikes during peak hours on Tuesday, with the worst polluting vehicles barred from the streets from dawn to dusk.

The local transport authority said the order would affect around one million vehicles, angering oil companies, who accused the city council of over-reacting.

Italy has a permitted limit for fine particle pollution (PM10) of 50 micrograms per cubic metre. Some areas of Rome have exceeded that level – above which air quality is considered a potential health hazard – in 10 of the last 12 days.

Pollution levels have also risen sharply in a string of other cities, including Milan, Turin, Florence, Piacenza, Parma, Reggio Emilia and Modena, forcing local authorities there also to restrict drivers.

However, Rome was the only city to outlaw all diesel vehicles, drawing the ire of the Italian association of oil companies.

“This appears to be a totally unjustified decision from a scientific point of view, which offers no environmental advantage and therefore unnecessarily penalises a wide range of citizens,” it said in a statement.

“This decision was incredibly delayed. The city council is only banning diesel following 10 days of poisoned air,” it said in a statement.

By In Cyprus
Previous articleEfforts for Cyprus to join US Visa Waiver Programme stepped up
Next articleBad loans down at €9,7 billion in August 2019