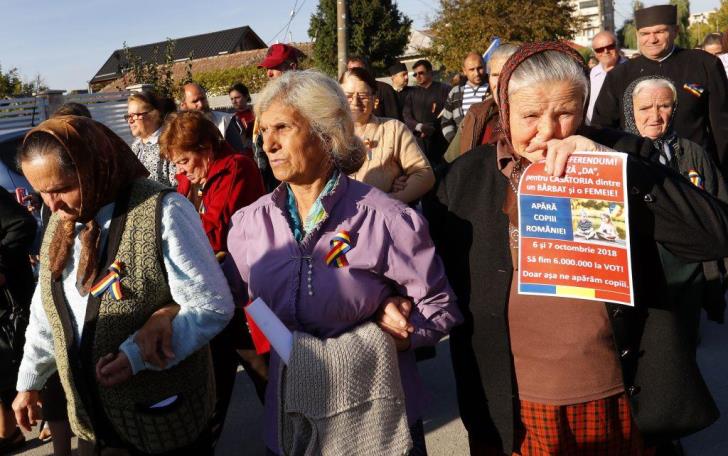 Romanians began voting on Saturday on whether to change the constitution to comprehensively ban same sex marriage in a two-day referendum that rights activists say has stirred hate speech against LGBT people.

The conservative state is already one of the only EU members to bar marriage or civil partnerships for same sex couples.

But supporters of the proposal, including the Orthodox Church and all but one parliamentary party, say they want to go further and change the constitutional definition of marriage from a union of ‘spouses’, to one exclusively of a man and a woman to stop gay couples winning the right to marry in the future.

Dozens of human rights groups, which are encouraging people to boycott the ballot, have warned that approval would embolden further attempts to chip away at the rights of minority groups and push Romania onto a populist, authoritarian track.

A poll released on Friday by CURS estimated a turnout of 34 percent – above the needed 30 percent threshold – with 90 percent in favour of the change.