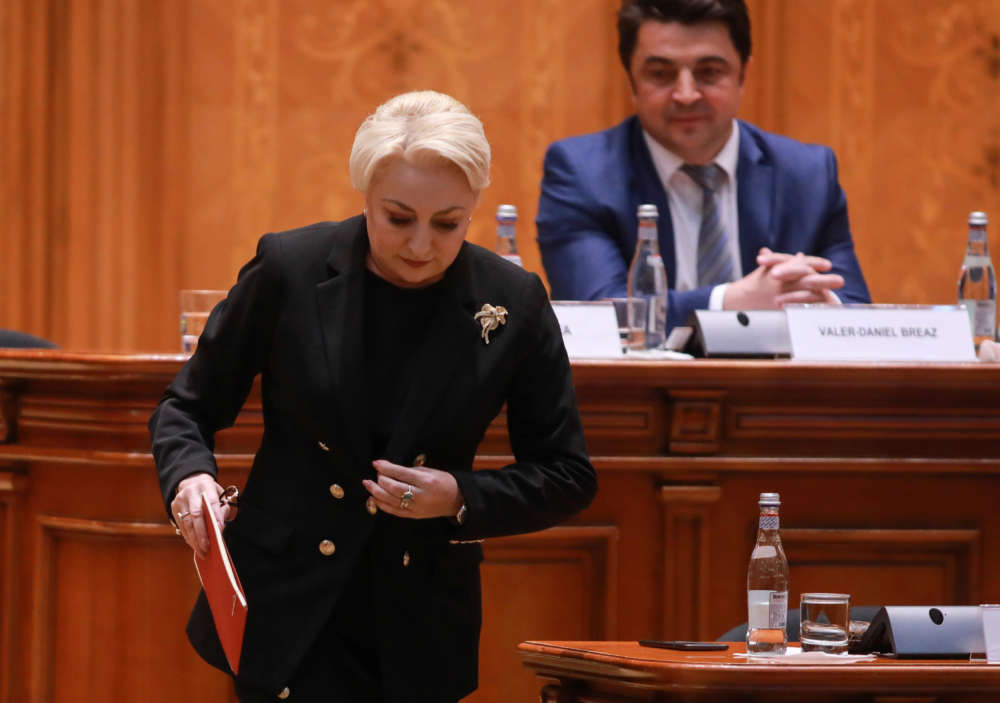 The Romanian government of Prime Minister Viorica Dancila collapsed after losing a no-confidence vote in parliament on Thursday, raising the prospect of prolonged political uncertainty due to a fragmented opposition.

The results showed Dancila failed the no confidence vote 238 to 4. The motion needed 233 votes to pass.

“We have stopped the Social Democrat Party from hurting Romania,” said Ludovic Orban, the leader of the opposition Liberal Party which spearheaded the no confidence vote.

The opposition now has ten days to nominate a new premier who will need the approval of centrist President Klaus Iohannis before undergoing a parliamentary vote of confidence along with the new cabinet line-up.

Analysts expect the new government to be formed around the Liberal Party, but not without bumps in the road as the opposition is fragmented, with some supporting a plan to trigger early elections.

The next parliamentary elections in Romania were due in late 2020. With the European Union state holding a presidential election in November, early polls cannot legally be triggered six months before.

Dancila and her Social Democrat government have been on the brink of collapse since losing their junior coalition partner in August.

Moves to overhaul judicial legislation and oust chief prosecutors and judges have dominated the public agenda since the Social Democrats came to power in early 2017.

EU and U.S. officials have strongly criticised the governing alliance for an overhaul of Romania’s judiciary that they see as a threat to the rule of law, and for watering down anti-graft legislation. Expansionary fiscal and wage policies have increased the country’s budget and current account deficits.

The Romanian leu was down 0.1% against the euro. It was down 2.1% so far this year, the region’s second-weakest after the Hungarian forint.