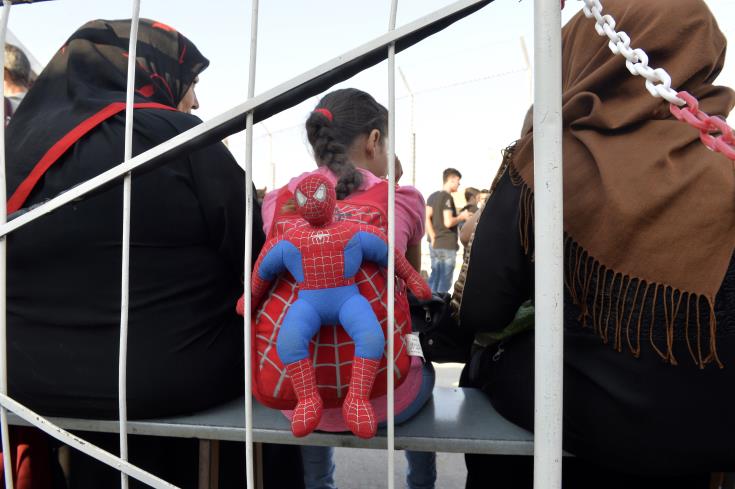 Human rights groups urged Greece on Tuesday to scrap plans they say will restrict access to protection for asylum seekers as the government said the burden of dealing with an influx of migrants was getting too heavy to bear.

Athens is currently struggling with the biggest resurgence in refugee arrivals since 2015, when more than a million people crossed into Europe from Turkey via Greece.

The conservative government has proposed new legislation that shortens the asylum process by cutting out some options for appeal and makes it easier to deport those rejected.

But aid groups say the draft legislation would make it easier to detain asylum seekers for longer periods, and includes numerous procedural changes that would impede access to a fair asylum process and compromise the right of appeal.

Human Rights Watch and Amnesty International Greece joined United Nations refugee agency UNHCR and a spate of other groups in a chorus of disapproval on Tuesday over the changes.

“The bill is a naked attempt to block access to protection and increase deportations in the face of the recent increase in arrivals,” said Eva Cosse, Greece researcher at HRW.

“The toxicity in public narrative …and the cultivation of a xenophobic climate identifying people coming to our country as ‘invaders’ is an exceptionally negative development,” he said.

“One country alone cannot carry the problems of three continents on its shoulders,” Prime Minister Kyriakos Mitsotakis told a conference in Athens.

“I’ll be frank. My country is, particularly in the past few months, experiencing an influx of refugees disproportionate to its size.”

His conservative government, which came to power in July, has blamed the former lefist administration for being soft on migration, leaving a backlog of thousands stranded in camps while they exhaust options for seeking protection.

The government has vowed to streamline what it sees as a lengthy asylum process and facilitate the deportation of rejected asylum seekers. It has also made a point to highlight most of the newcomers are ‘economic migrants’.

The bill on reforming the asylum process is due for discussion in parliament this week.

More than 12,000 people arrived in Greece in September, the largest number in the three-and-a-half years since the EU agreed a deal with Turkey to seal the Aegean corridor to Europe.

Many are in cramped camps on Greek islands near the Turkish coast, where aid groups say conditions are dire. (Reuters)