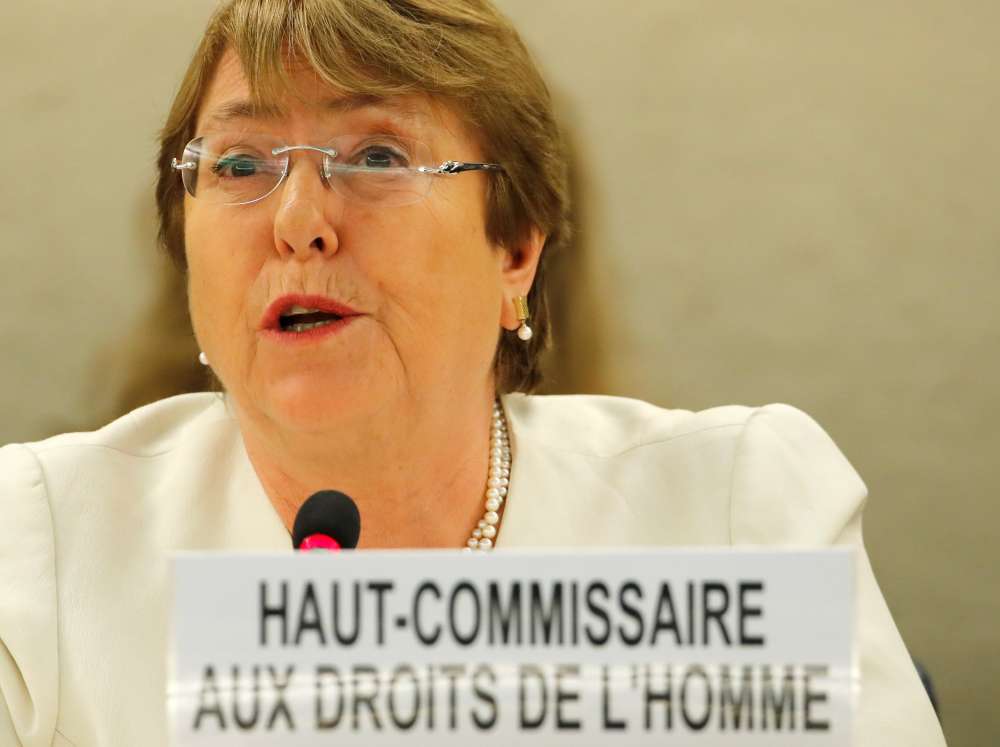 The United Nations human rights boss Michelle Bachelet called on China on Monday to allow in monitors after “deeply disturbing” allegations of large re-education camps in which Uighurs are detained in Xinjiang province.

A U.N. rights panel last month said it had received credible reports that up to one million Uighurs may be held in extra-legal detention in the far western province, and called for them to be freed.

China has rejected the allegations of internment camps and accused “external factors” of causing turbulence in the restive region.

Bachelet, a former Chilean president making her maiden speech to the U.N. Human Rights Council, said the panel had brought to light “deeply disturbing allegations of large-scale arbitrary detentions of Uighurs and other Muslim communities, in so-called re-education camps across Xinjiang”.

Reports had also been received of “patterns of human rights violations in other regions”, she said, calling on the Beijing government to permit access for her office across China.

Bachelet also said she was sending teams to Austria and Italy to look into protection of migrants and voiced alarm at anti-migrant violence in Germany.

Italy has denied entry to rescue ships and there have been reports of a sharp rise in acts of violence and racism against migrants, Africans and Roma, she said.

Bachelet voiced concern that 500 migrant children in the United States taken away from their parents have not yet been returned by authorities. She decried the announcement by U.S. President Donald Trump’s administration last week that it would withdraw from a court agreement limiting detention of migrant children to 20 days.

Bachelet urged the Saudi-led military coalition in Yemen to show greater transparency in its rules of engagement and hold to account perpetrators of air strikes on civilians, including one that hit a bus killing dozens of children in Saada last month.

“I will be closely following what steps are taken to hold the perpetrators accountable and provide remedy and compensation to the victims,” she said.

Independent rights investigators said in a report last month that some coalition air strikes in Yemen may amount to war crimes.

The investigators gave her a confidential list of suspects linked to international crimes in the conflict, Bachelet said.

“The recent Saudi royal order which appears to provide a blanket pardon to members of the Saudi armed forces for actions taken in Yemen is very concerning,” she said

By In Cyprus
Previous articleRussian remanded for burglary, illegal residence
Next articleMan arrested after seven wounded in Paris knife attack