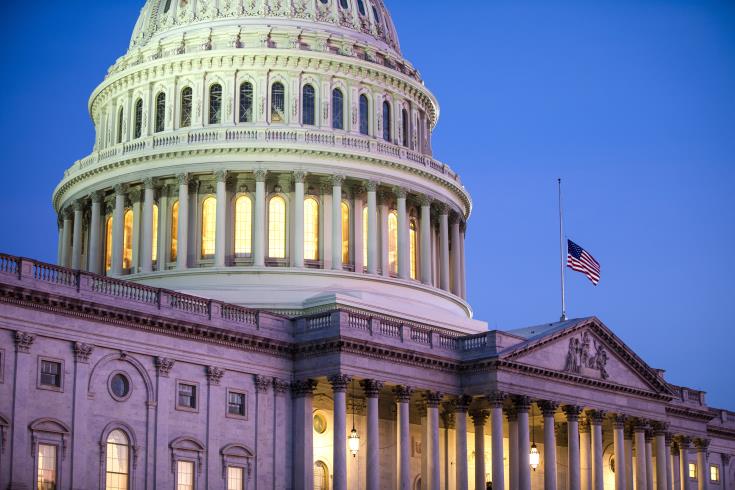 The Democratic-led U.S. House of Representatives will crank up its impeachment inquiry into President Donald Trump this week as lawmakers return after a two-week recess, with closed-door testimony from current and former administration officials looming.

The headline event could be testimony on Thursday from Gordon Sondland, the U.S. ambassador to the European Union, that was rescheduled after Trump’s administration blocked a previously scheduled appearance.

Sondland, a political appointee and Trump political donor rather than a career diplomat, participated in a text message exchange that Democrats have said reveals the internal concern among aides that the Republican president’s pressure on Ukraine to investigate a political rival, Joe Biden, was improper.

The House Intelligence Committee, leading the impeachment inquiry, is scheduled on Monday to hear from Fiona Hill, former senior director for European and Russian Affairs on Trump’s National Security Council.

The impeachment inquiry focuses on a July 25 phone call in which Trump pressed Ukrainian President Volodymyr Zelenskiy to investigate former Vice President Biden, a top contender for the Democratic nomination to face him in the 2020 presidential election, and Biden’s businessman son Hunter Biden.

Democrats have accused Trump of pressuring a vulnerable U.S. ally to dig up dirt on a domestic political rival after withholding $391 million in U.S. security aid intended to help combat Russia-backed separatists in the eastern part of Ukraine.

Trump has denied wrongdoing. The inquiry could prompt the House to approve articles of impeachment – formal charges – leading to a trial in the Senate on whether to remove Trump from office. The Senate is led by Trump’s fellow Republicans, who have shown little inclination toward removing him.

“We expect to announce additional testimony from relevant witnesses in the coming days and remain prepared to compel testimony through duly authorized subpoenas as appropriate,” Intelligence Committee Chairman Adam Schiff said in a letter to House Democrats on Friday.

As talks continue over whether the whistleblower who sparked the inquiry will testify to congressional committees, Trump weighed in through a series of posts on Twitter on Monday morning. He said the U.S. intelligence official must testify, rather than provide written testimony, and must be revealed.

This week’s most compelling details could come from Sondland, who is expected to discuss the text message exchange with Bill Taylor, the top U.S. diplomat in Ukraine.

Sondland is expected to be asked why he relayed from Trump to other diplomats that the president said no “quid pro quos” connecting the Biden investigation with the U.S. aid and to respond to media reports that he may not believe Trump’s insistence about no linkage between the two matters. Quid pro quo is a Latin term meaning a favor for a favor.

Lawmakers also may debate whether to seek to compel testimony from Rudy Giuliani, Trump’s personal attorney who was pushing for Ukraine to investigate the Bidens.

On Thursday, two Giuliani associates – Ukraine-born Lev Parnas and Belarus-born Igor Fruman – who helped him with his efforts to investigate the Bidens were charged with scheming to violate U.S. campaign finance laws.

Giuliani has defended his actions as proper in his role as Trump’s lawyer.

A source familiar with the probe said that as part of the investigation into Parnas and Furman, federal investigators, including Manhattan prosecutors, are “examining Giuliani’s interactions” with the two men.

Giuliani disputed that, saying he would have expected to have heard from prosecutors.

“I think the probe is a malicious rumor,” Giuliani told Reuters.

Giuliani already has a subpoena from the Intelligence Committee demanding that he produce documents related to Ukraine by Tuesday. He has not said whether he will comply.

By In Cyprus
Previous article
Ministry takes delivery of 10,000 flu vaccines, more to follow
Next article
Cyprus has second lowest share of pupils in vocational education in EU