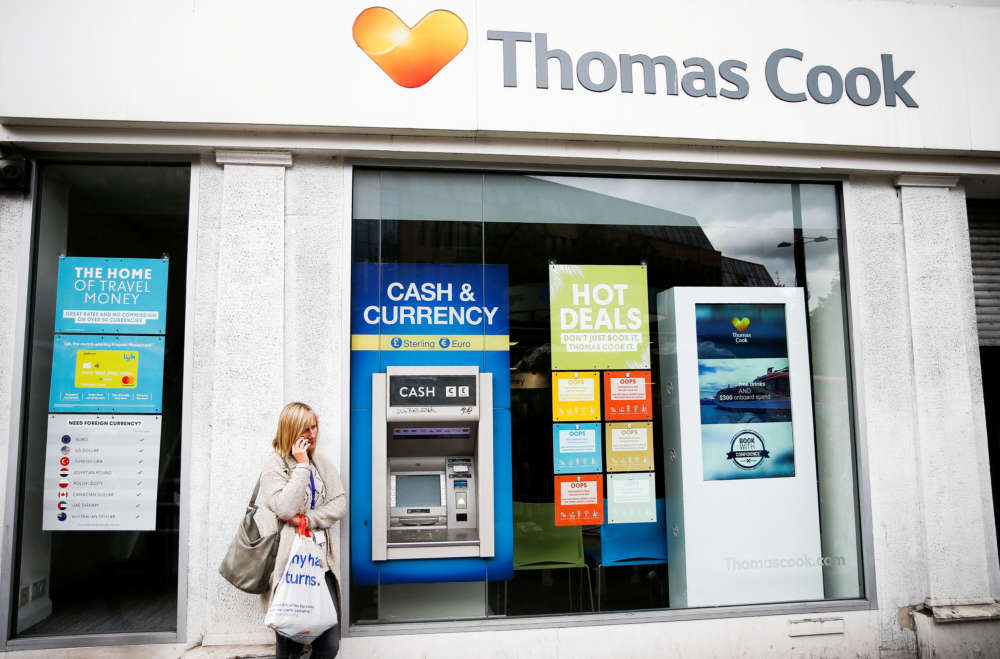 Hays Travel will buy all of Thomas Cook’s British travel agent shops, potentially saving up to 2,500 jobs and providing a rare boost for high streets across the country.

Thomas Cook, the world’s oldest travel company whose shops have been a feature of British town centres for generations, collapsed last month, stranding tens of thousands of passengers as its UK business went into liquidation.

Hays Travel will buy all 555 stores as part of a deal brokered by insolvency advisers KPMG, and the privately-owned travel firm will look to re-employ former employees from Thomas Cook’s retail operations.

It also rejected the notion that high street travel agents are dying.

“We’re a successful business and because we’re independent and offer all tour operators, then we are optimistic that we will trade well … in all of the shops,” founder John Hays told reporters after the deal.

Thomas Cook collapsed after it became unable to service its debts and failed to convince banks to back a rescue plan in the face of changing customer habits and intense competition from low-cost airlines and internet companies.

It had created the largest chain of travel agents in Britain when it merged its retail operations with those of the Co-operative Group and the Midlands Co-operative Society in 2011.

Hays Travel, a family company which is jointly owned and managed by Managing Director John Hays and Chair Irene Hays, will now be taking that network on.

The 40-year-old firm based in Sunderland in north-east England reached sales of more than 1 billion pounds ($1.2 billion) in 2018.

Its management said it was optimistic the shops would prosper thanks to the firm’s distinctive approach, where employees have free rein to give each branch a distinctive character, often built through social media.

“We live in a digital world … The Web was their enemy (at Thomas Cook), whereas if you ask the Hays Travel member of staff, they would say the Web is their friend, because we interact positively with it.”

Hays Travel currently operates just 190 of its own branches across the United Kingdom, employing 1,900 people.

The company said it had no plans to close any shops, but would evaluate the performance of each store going forward.

Hays Travel did not disclose financial details of the deal, other than saying it had been funded without taking on any debt.

Ryanair boss Michael O’Leary last week said the business models of both tour operators and travel agents were dead as no young people bought holidays from them.

“There has been a huge resurgence in package holidays in recent years,” she told reporters. “It’s evident, it’s in all of our metrics. So the answer is no, we do not agree with Michael O’Leary.”