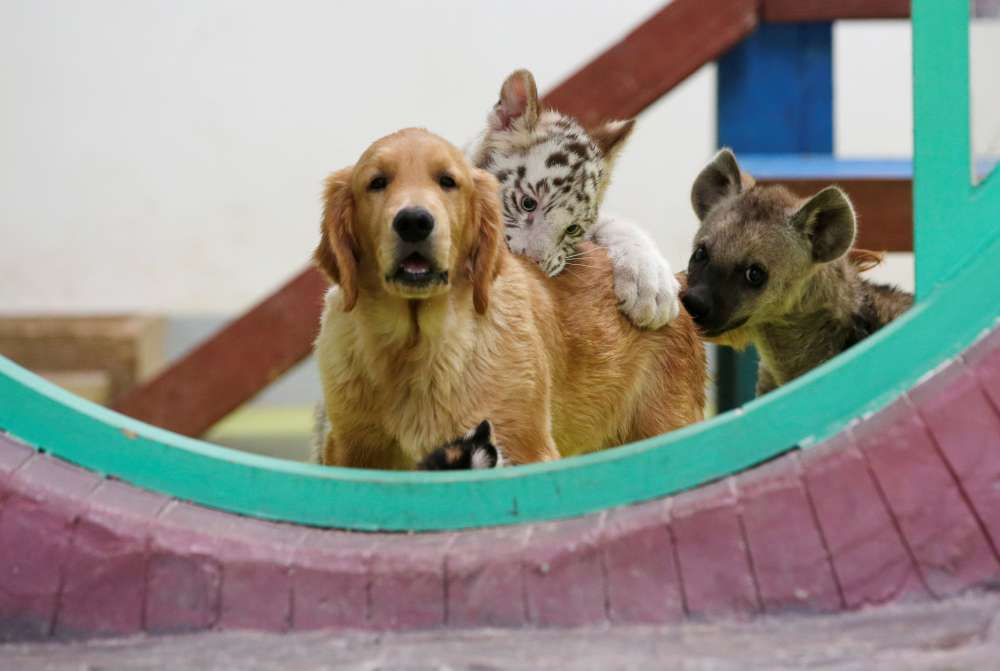 A lion, tigers and spotted hyenas are growing up alongside Golden Retriever puppies at a Beijing zoo after being abandoned by their mothers.

The Beijing Wildlife Park put the eight cubs, including Siberian tigers, a white tiger, spotted hyenas and an African lion, to nurse with a Golden Retriever, alongside her own puppies.

Wang Shuo, an animal nursery worker at the zoo, said a white tiger cub was the first abandoned baby to get milk from the dog.

“Soon after, we had a Siberian tiger, an African lion and spotted hyenas come one after another and formed this strange combination.” 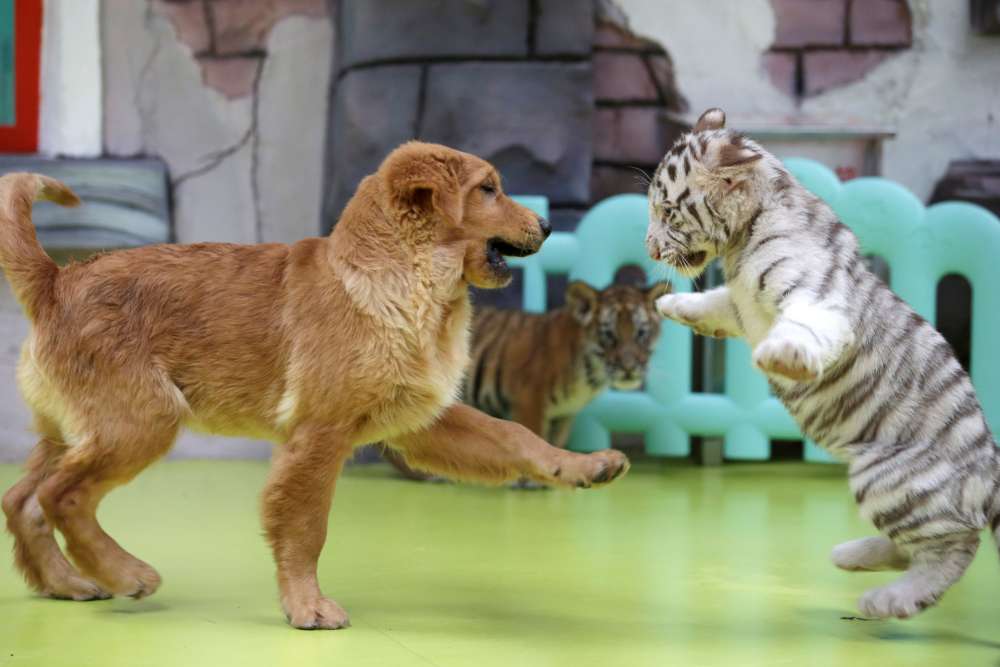 Visitors to the Beijing Wildlife Park have been enchanted by the sight of the cubs frolicking with the puppies.

“I thought if these animals lived together there would be bloody scenes but as we can see, they’re playing and growing together in harmony.”