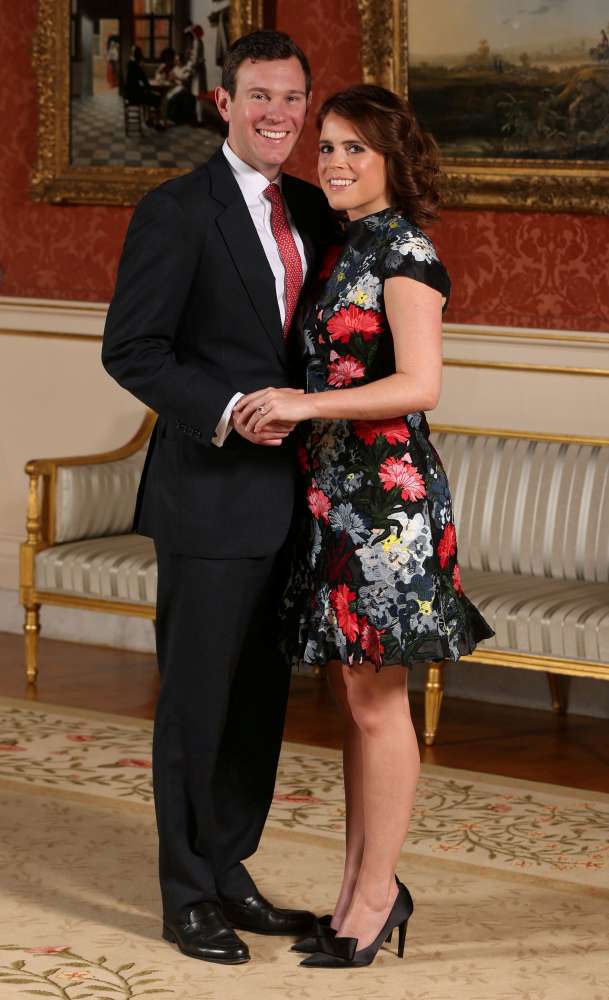 Britain’s Princess Eugenie will follow in the footsteps of her cousin Prince Harry and invite 1,200 members of the public to her wedding at Windsor Castle later this year, Buckingham Palace announced on Wednesday.

Eugenie, 28, younger daughter of Queen Elizabeth’s third child Prince Andrew and his ex-wife Sarah Ferguson, the Duchess of York, will tie the knot with boyfriend Jack Brooksbank, 32, at the monarch’s Windsor home on Oct. 12.

It is the same venue where Harry, younger son of heir-to-the-throne Prince Charles, wed U.S. actress Meghan Markle at a glittering ceremony in May and Eugenie is copying some of her cousin’s plans for her big day.

Like Harry, she will invite 1,200 people from across Britain to join in the celebrations in the castle grounds and to watch the newlyweds leave St George’s Chapel after the service.

Charities and children from local schools which Eugenie attended will also be invited.

The couple will then take a short carriage trip through Windsor, echoing that of Harry and Meghan when huge crowds turned out to watch.

Eugenie, ninth-in-line to the throne, works in the art world while her fiance, a former manager of popular London nightclub Mahiki, works in the drinks and hospitality industry.

By In Cyprus
Previous articleEurostat: Inflation in Cyprus rises to 1.7% in June 2018
Next articleUpdate: 19 dead as migrant boat sinks off northern Cyprus- Anadolu