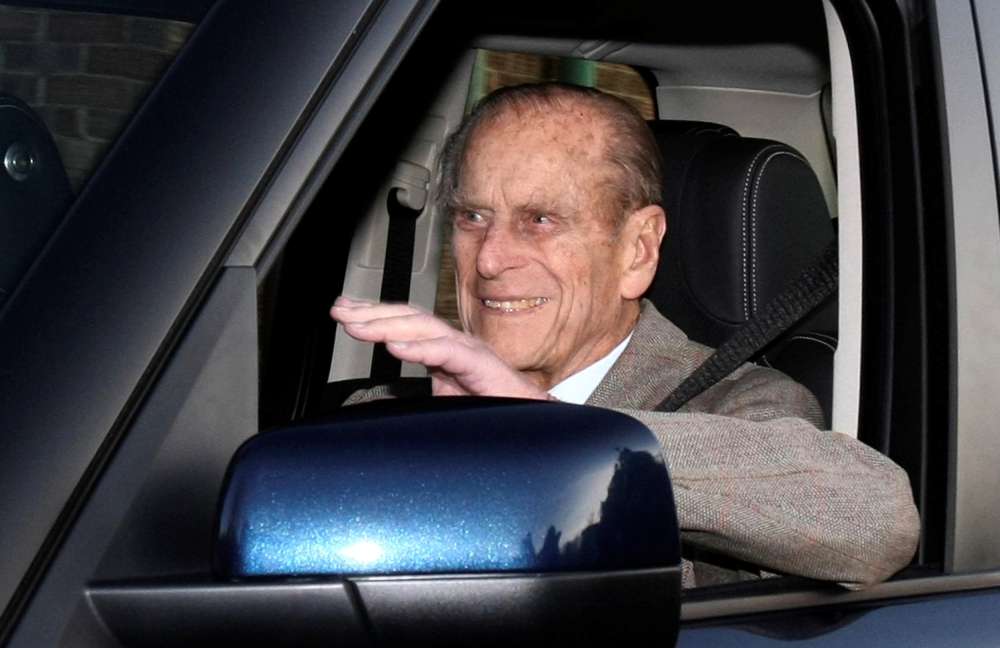 Queen Elizabeth’s 97-year-old husband Prince Philip escaped uninjured from a car crash while driving on Thursday near the Sandringham estate in eastern England.

Police said two people in a car that collided with that of the prince, also known as the Duke of Edinburgh, were both taken to hospital for minor injuries but later discharged.

Pictures from the scene showed a Land Rover overturned on the side of the road. The accident occurred when Philip was pulling out of a driveway onto a main road, the BBC reported, quoting a witness saying he was very shaken.

Philip drove former President Barack Obama and his wife Michelle to lunch during their state visit to Britain in 2016.

“The Duke was not injured,” it added in a statement.

A palace spokeswoman later confirmed Philip was at the wheel and was checked by a doctor afterwards. He did not go to hospital and was now back at Sandringham, the private country residence owned by Queen Elizabeth in the county of Norfolk.

Famous for verbal gaffes but generally regarded with wry affection by Britons, Philip married Elizabeth in 1947 and has been by his wife’s side throughout her long reign.

Since retiring from official solo duties in 2017, he has appeared in public alongside the Queen and other members of the royal family at events and church services.

The former naval officer did not accompany the Queen to a church service on Christmas Day last month though a royal source said he was in good health.

Kate Williams, a royal historian, said it would be a blow to Philip if the incident ended his driving days. “He really loves driving and takes a great pleasure in it and were he not allowed to drive he would find that quite painful,” she said.

There is no legal age in Britain to stop driving, but after 70 people must renew their licence every three years.

A stray comment about “slitty eyes” during a visit to China in the 1980s became symbolic of his gruff and often unguarded manner. Even into his 90s, his off-the-cuff comments could still get him into trouble, such as when he exasperatedly swore at a photographer during an event in 2015.