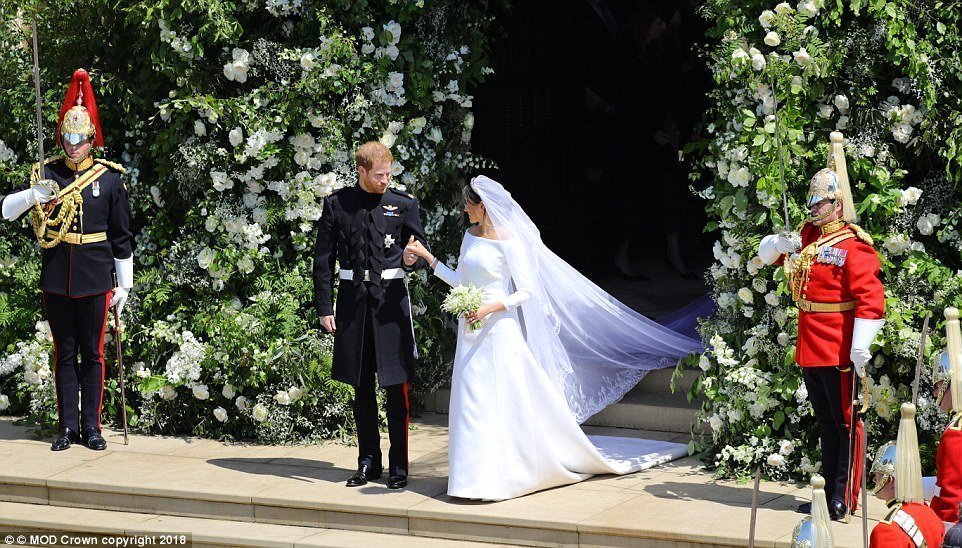 Meghan Markle has married Prince Harry in a modern and moving service that saw the newlyweds sharing tears, laughter and a passionate kiss in front of their hundreds of VIP guests and millions around the world.
Harry was visibly emotional for much of the ceremony especially when he saw his bride for the first time, when he grabbed her hand and told her: ‘You look amazing – I missed you’ before tenderly lifting her veil. 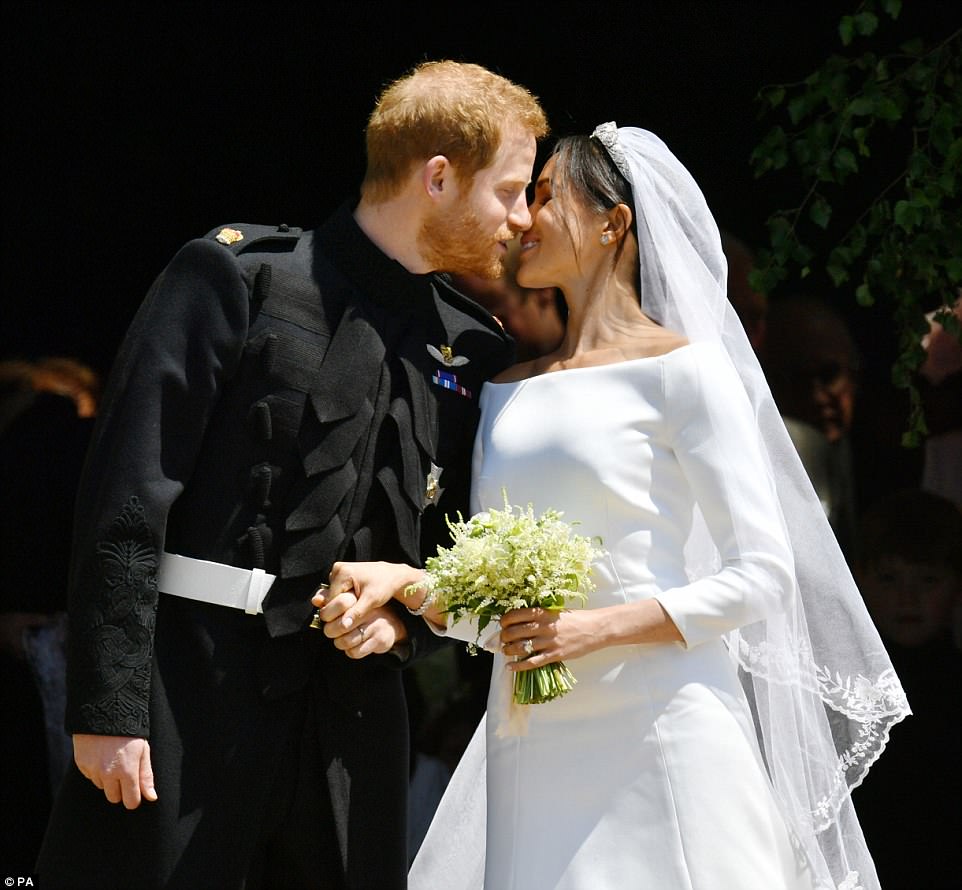 The new Duke of Sussex also said ‘thank you, pa’ after his father Prince Charles walked the now Duchess of Sussex down the aisle of St George’s Chapel, Windsor, having stepped in at the last moment for Meghan’s father Thomas.

The former actress, 36, managed to make a tearful Harry giggle as they exchanged vows before being pronounced man and wife by the Archbishop of Canterbury Justin Welby.
On the steps of the chapel Meghan asked her new husband discreetly: ‘Do we kiss?’ and Harry whispered ‘yeah’ before planting one passionately on her lips.

The congregation stands as the newly-married Duke and Duchess of Sussex process through St George’s Chapel #RoyalWedding pic.twitter.com/0k29pjwcnz

The wedding has already been branded the biggest A-list event of the decade with celebrity royalty including the Clooneys, the Beckhams, Idris Elba, Elton John and Oprah Winfrey among the stars who watched them marry. 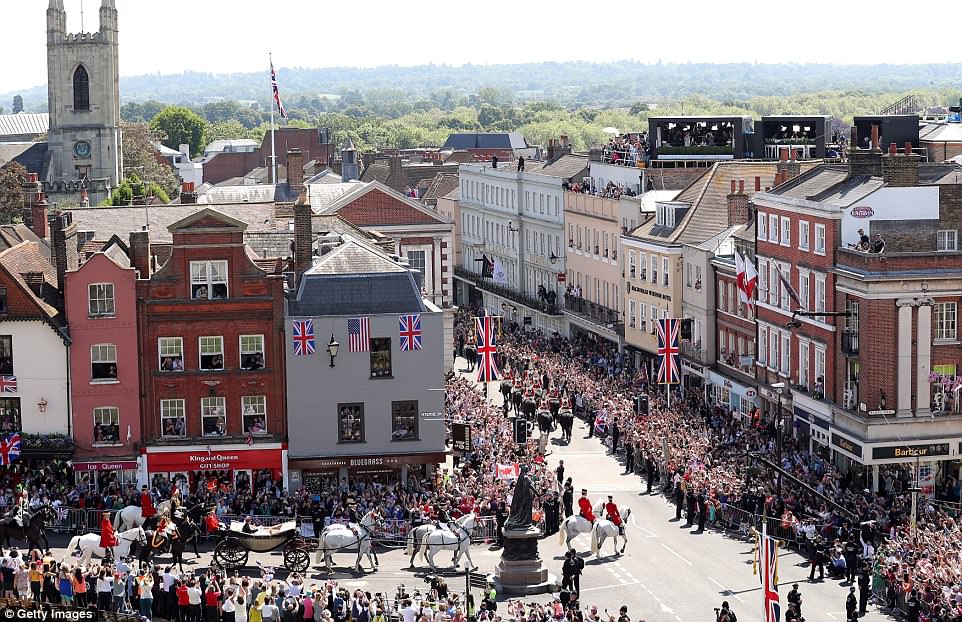 All the senior British royals were also there to support them including the Queen, Prince Philip, Harry’s best man Prince William and his wife Kate, who brought George and Charlotte but left baby Louis with the nanny.
The service had a distinctly American feel with a US bishop delivering a passionate address that appeared to make some royals snigger and a gospel choir filling the chapel with music from Ben E. King and Etta James. But there was also much of the great British pageantry that royal fans around the world love.

The Archbishop of Canterbury joins the couple’s right hands together and proclaims them husband and wife #RoyalWedding pic.twitter.com/KOVegcknHw

Outside St George’s Chapel up to 100,000 fevered well-wishers gathered in glorious British sunshine and cheered the couple as they started their new married life in the grand Ascot Landau carriage.