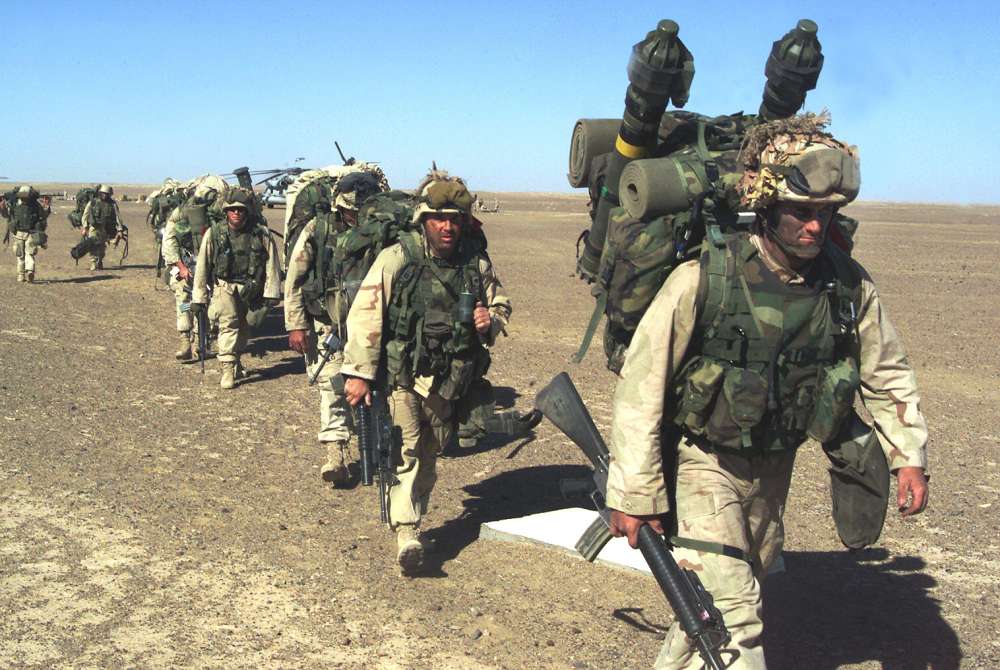 President Joe Biden said on Wednesday U.S. troops will be withdrawn from Afghanistan starting May 1 to end America’s longest war, rejecting calls for them to stay to ensure a peaceful resolution to that nation’s grinding internal conflict.

Foreign troops under NATO command will also withdraw from Afghanistan in coordination with the U.S. pull-out, NATO allies agreed. The withdrawal of foreign troops will be completed by Sept 11.

Around 7,000 non-U.S. forces from mainly NATO countries, also from Australia, New Zealand and Georgia, outnumber the 2,500 U.S. troops in Afghanistan, but they still rely on American air support, planning and leadership.

“While our military contribution will reduce, we will continue to support the stability of Afghanistan through our bilateral partnership and in concert with our other nations,” Australian Prime Minister Scott Morrison said.

Biden acknowledged that U.S. objectives in Afghanistan had become “increasingly unclear” over the past decade and set a deadline for withdrawing all U.S. troops remaining in Afghanistan by Sept. 11, exactly 20 years after al Qaeda’s attacks on the United States that triggered the war.

But by pulling out without a clear victory over the Taliban and other radicals in Afghanistan, the United States opens itself to criticism that a withdrawal represents a de facto admission of failure for American military strategy.

“It was never meant to be a multi-generational undertaking. We were attacked. We went to war with clear goals. We achieved those objectives,” Biden said, noting that al Qaeda leader Osama bin Laden was killed by American forces in 2011 and saying that organization has been “degraded” in Afghanistan.

“And it’s time to end the forever war,” Biden added.

The war has cost the lives of 2,448 American service members and consumed an estimated $2 trillion. U.S. troop numbers in Afghanistan peaked at more than 100,000 in 2011.

In withdrawing, Biden is embracing risks at the start of his presidency that proved too great for his predecessors, including that al Qaeda might reconstitute itself or that the Taliban insurgency might topple the U.S.-backed government in Kabul.

“I am now the fourth American president to preside over an American troop presence in Afghanistan. Two Republicans. Two Democrats,” Biden said. “I will not pass this responsibility on to a fifth.”

Afghan President Ashraf Ghani wrote on Twitter that he spoke with Biden and respects the U.S. decision. Ghani added that “we will work with our U.S. partners to ensure a smooth transition” and “we will continue to work with our US/NATO partners in the ongoing peace efforts.”

A peace summit on Afghanistan is planned from April 24 in Istanbul that would include the United Nations and more than 20 countries.

The Taliban, ousted from power in 2001 by U.S.-led forces, said they would not take part in any meetings involving decisions about Afghanistan until all foreign forces have left. Taliban spokesman Zabihullah Mujahid on Wednesday called on the United States to adhere to the deal the group reached with Trump’s administration.

In Afghanistan’s capital Kabul, government officials said they would carry on with peace talks and their forces would defend the country.

“Now that there is an announcement on foreign troops withdrawal within several months, we need to find a way to co-exist,” said Abdullah Abdullah, a top peace official and former presidential candidate. “We believe that there is no winner in Afghan conflicts and we hope the Taliban realize that too.”

Biden rejected the idea that U.S. troops could provide the leverage needed for peace, saying: “We gave that argument a decade. It has never proven effective.”

“American troops shouldn’t be used as a bargaining chip between warring parties in other countries,” Biden said.

Biden also said the threat of terrorism was not limited to a single country and that leaving American forces in one foreign land at great financial cost did not make sense.

The president made the decision personal, invoking the memory of his late son who served in Iraq and showing a card he carried with the number of U.S. troops killed and wounded in Afghanistan. Visiting Arlington National Cemetery in Virginia, Biden later said the decision to withdraw was not difficult.

“To me, it was absolutely clear,” Biden said.

Senator Lindsey Graham, a Republican, was among Biden’s fiercest critics, saying the withdrawal would backfire by prolonging the conflict and possibly even breathing new life into al Qaeda.

“What do we lose by pulling out? We lose that insurance policy against another 9/11,” Graham said.

Critics of the U.S. military involvement say it clearly failed to get the Taliban to end the conflict on America’s terms. Some experts blame endemic corruption in Afghanistan, Taliban safe havens across the border in Pakistan and overly ambitious goals for training Afghan security forces.

Biden criticized past U.S. aspirations to somehow unify Afghans, a goal that defied the lessons of history over centuries.

By Annie Charalambous
Previous articleTurkey-Greece to discuss all disputes in meeting on Thursday, says Cavusoglu
Next articlePolice issue 157 fines in 24 hours for breach of covid-19 measures