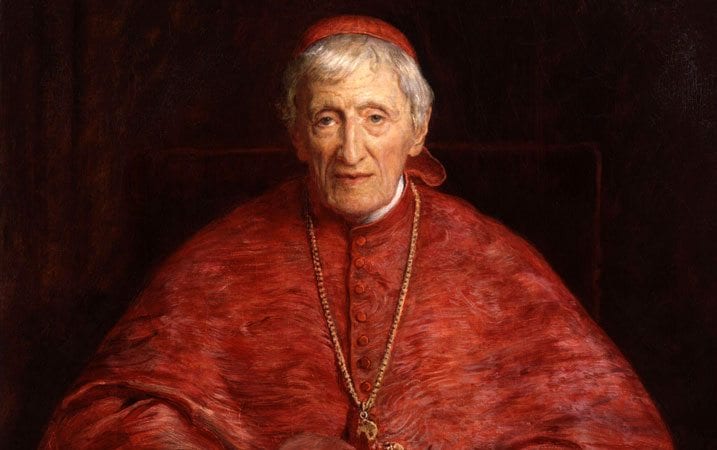 Pope Francis on Sunday declared five people saints, including Cardinal John Henry Newman, a leading 19th century Anglican who converted to Catholicism and became one of the most influential Christian figures of modern times.

Underscoring Newman’s luminary status in Christianity today, Prince Charles, who will become head of the Church of England when he becomes king, attended the canonisation Mass in St. Peter’s Square and said it was a cause for celebration by all Britons.

“Whatever our own beliefs, and no matter what our own tradition may be, we can only be grateful to Newman for the gifts, rooted in his Catholic faith, which he shared with wider society,” Charles said in an article in the Vatican newspaper.

Charles praised Newman, the first British saint in more than 40 years and the first Englishman born since the 1600s to be canonised, as “this great Briton, this great churchman and, as we can now say, this great saint”.

Such has been the fascination with all things Newman among British Christians leading up to the canonisation that Father Ignatius Harrison, provost of the Birmingham Oratory that Newman founded in 1848, speculated that the new saint would have been a “remainer” in the Brexit debate because he believed in unity.

Newman was a man of towering intellect who wrote theology, novels, philosophy, history and poetry.

In 1833, just eight years after he was ordained an Anglican priest, Newman helped launch the Oxford Movement that aimed to return the Church of England, which split with Rome in 1534, to the teachings and rituals of early Christianity.

He was the movement’s chief promoter and became increasingly critical of certain Anglican teachings and was opposed to a national Church with no links to Rome.

He converted to Catholicism in 1845, was ordained a Catholic priest in 1847 and was elevated to the rank of cardinal in 1879.

Newman’s poetry, hymns and theology have had a great influence on modern Christian spirituality. His autobiography, Apologia Pro Vita Sua, written in 1864 to explain the evolution of his religious thinking, is still in print and widely read today.

Both conservatives and progressives in the Catholic Church today have enlisted Newman’s writings to back their positions. The conservatives say his giving precedence to conscience over obedience shows it is proper to criticise the current pope, Francis.

The progressives say loyalty to Rome was central to his faith and that was a key reason he left the Church of England.

The pope also canonised three nuns: Giuseppina Vannini (1859-1911), an Italian who founded a religious order; Mariam Thresia Chiramel Mankidiyn (1876-1926), an Indian who helped the poor; and Dulce Lopes Pontes 1914-1992), a Brazilian who dedicated much of her life to educating workers.

He also canonised Marguerite Bays (1815-1879) a Swiss lay woman who was said to have the stigmata, the five wounds of the crucified Jesus.

All five of the new saints were attributed with interceding with God to perform miracles.

The Church teaches that only God performs miracles but that saints who are believed to be with God in heaven intercede on behalf of people who pray to them. A miracle is usually the medically inexplicable healing of a person.