Pollution prompts Bangkok to close schools for the week 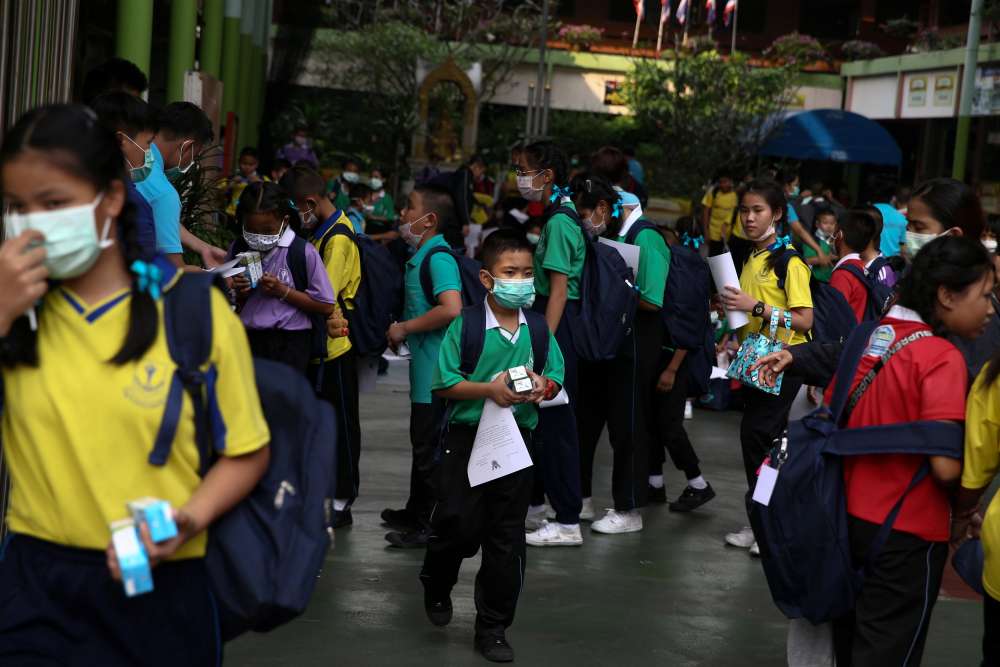 Choking air pollution has prompted schools to close in the Thai capital for the rest of the week and people celebrating next week’s Lunar New Year holiday were urged to curb the use of incense and fireworks.

Air quality in Bangkok is hovering at unhealthy levels as the amount of hazardous dust particles known as PM 2.5 exceeded the safe level in 41 areas around the capital, according to the Department of Pollution Control.

PM 2.5 is a mixture of liquid droplets and solid particles that can include dust, soot and smoke, one of the main measures of the Air Quality Index (AQI).

Wednesday’s AQI was 175 at midday, according to airvisual.com, which measures levels in cities worldwide, making Bangkok the fifth most polluted city. India’s capital, New Delhi, ranked first at 257.

Classes in more than 400 public schools in Bangkok were cancelled at noon on Wednesday while other public and private schools in Bangkok and surrounding provinces will be closed on Thursday and Friday, government spokesman Puttipong Punnakan told reporters.

“We will assess the situation on Saturday and Sunday to see whether there would be the need to close all schools further next week,” Puttipong said, adding that some exams scheduled for the weekend might also need to be postponed.

Measures taken by the government, including seeding rain clouds, regulating truck traffic and hosing down streets, have so far failed to clear the air.