Poll observers raise concerns over curbs on freedom in Turkey 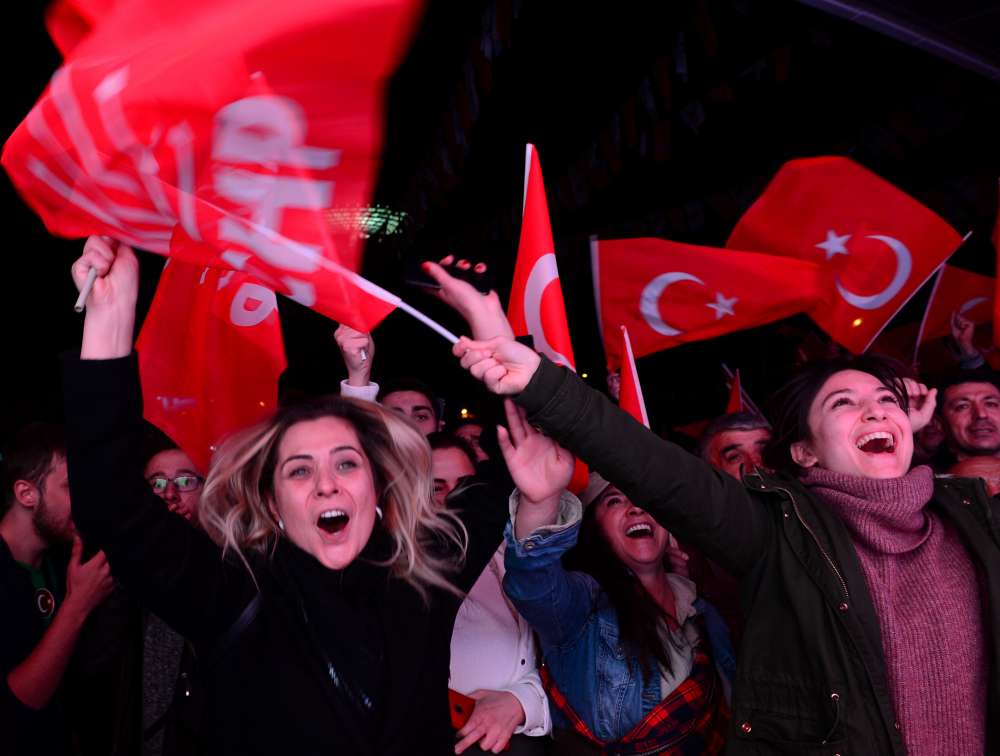 A European group observing Turkey’s local elections criticized on Monday curbs on the free expression of citizens and journalists a day after local polls in which Turks appeared to hand President Tayyip Erdogan’s ruling party defeats in big cities.

The head of the observation mission carried out by the Council of Europe’s Congress of Local and Regional Authorities cited the need for people to express opinions without fear of government reprisal.

“I am afraid we…are not fully convinced that Turkey currently has the free and fair electoral environment which is necessary for genuinely democratic elections in line with European values and principles,” said Andrew Dawson.

“But we do take the fact that many parties have been successful as a positive sign of Turkey’s democratic resilience,” he told reporters in Ankara.

Erdogan suffered a severe setback in the Sunday elections as his AK Party (AKP) lost control of the capital Ankara for the first time since the party was founded in 2001, and he appeared to concede defeat in the country’s largest city, Istanbul.

The president’s daily rallies and overwhelmingly supportive media coverage was not enough to overcome concerns among many voters over Turkey’s tip toward economic recession after last year’s currency crisis.

Dawson said “there could be cause for concern” over any further delays but it was too soon to tell.

Last year, after Erdogan announced the June 24 parliamentary and presidential elections, the Council of Europe Parliamentary Assembly (PACE) Monitoring Committee voiced concern over the freedom and fairness of Turkish snap elections and recommended they be postponed.

Turkey’s then-prime minister told the European rights body “to mind its own business”.