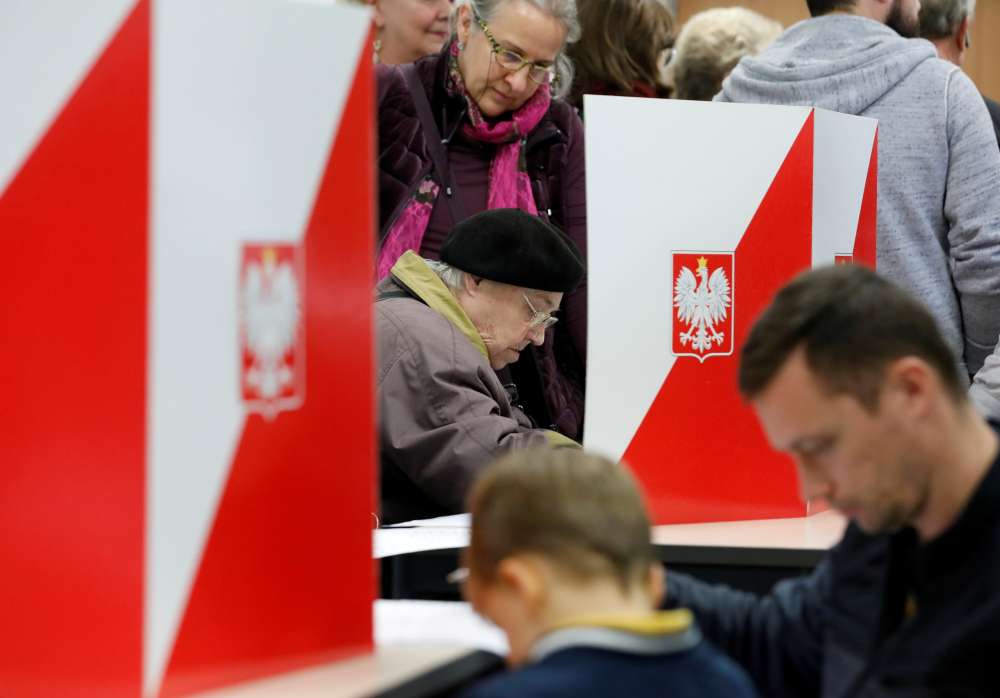 Poland’s prime minister demanded explanations on Tuesday about accusations that a deputy minister sought to discredit judges critical of the government’s judicial reforms by planting media rumours about their private lives.

It was the latest in a series of scandals to hit Poland’s ruling nationalists – who have come under European Union fire over moves to increase political controls over the judiciary – ahead of elections in October.

The Onet.pl website reported late on Monday that Deputy Justice Minister Lukasz Piebiak was behind a campaign to blackball critical judges including Krystian Markiewicz, a prominent critic of the ruling Law and Justice (PiS) party and head of the judicial association Iustitia.

It published alleged transcripts of conversations between Piebiak and a woman named as Emilia in which they weighed plans to anonymously send material with rumours about Markiewicz’s private life to regional branches of Iustitia and to his home.

Emilia, whose surname was not given, acted as an intermediary between the ministry of justice and pro-government media, and also posted material online intended to compromise certain judges, according to Onet.pl.

“We definitely need to listen to both sides and we will see what the explanation will be and then make the right decisions,” Morawiecki told a televised news conference during an election campaign rally.

The Justice Ministry did not immediately respond to Reuters requests for comment. Contacted by Onet.pl, Piebiak said he knew Emilia only “from Twitter” and declined further comment.

Poland’s right-wing Law and Justice (PiS) party has pushed through a range of reforms since taking power in 2015 that the European Commission and rights groups say jeopardise the rule of law by politicising judicial appointments.

The PiS has argued the changes were needed to improve the efficiency of the courts and rid Poland of residues of Communist rule, which ended three decades ago.

Opposition politicians accused the government on Tuesday of using state structures to discredit critics and demanded the dismissal of both Piebiak and Justice Minister and Prosecutor General Zbigniew Ziobro.

Onet.pl said Piebiak was supposed to inform an unidentified “boss” about the effects of the posted rumours.

“This is dangerous for the state, for democratic order… especially because it affects judges and it is paid for with public money,” said Anna Materska-Sosnowska, a political scientist at Warsaw University.

Earlier this month, Poland’s parliament speaker resigned after it was revealed that he used government aircraft for private trips, a move that suggested the PiS was keen to defuse bad publicity that could affect their re-election bid.

Despite scandals, the PiS looks set to win the Oct. 13 parliamentary vote, regularly polling over 40%. The main opposition Civic Coalition is below 30% in most polls.