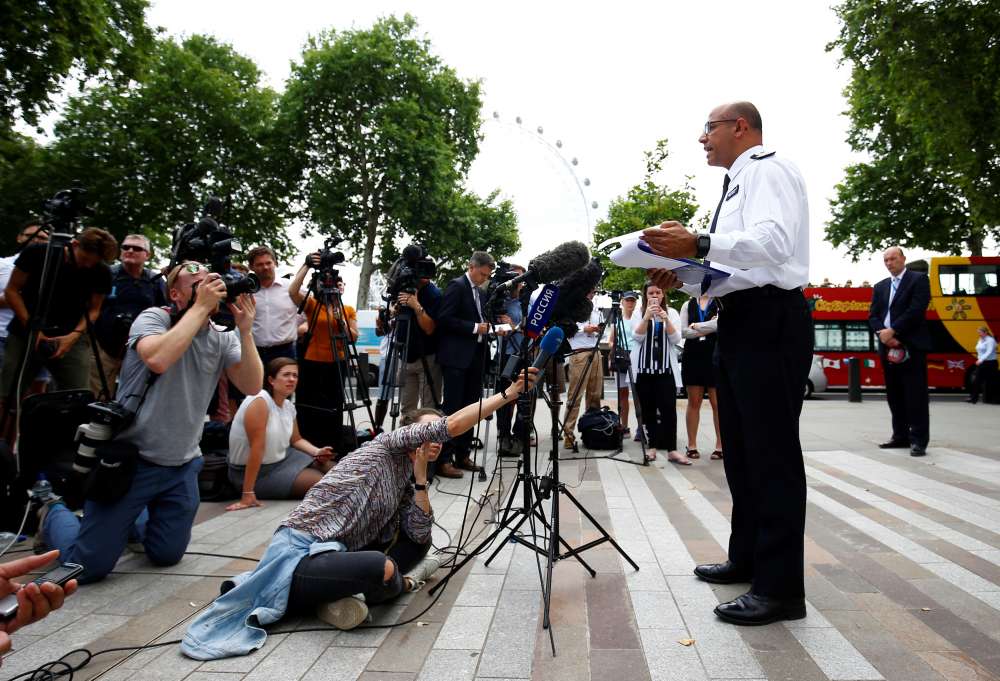 Britain’s top counter-terrorism officer said on Monday that detectives were unable to say if the Novichok that two Britons were exposed to was the same that struck down a former Russian double agent and his daughter.

Dawn Sturgess, 44, died after she was exposed to Novichok on June 30 in western England, just a few miles from where Russian double agent Sergei Skripal and his daughter Yulia were attacked with the same poison four months ago.

“This latest horrendous turn of events has only served to strengthen the resolve of our investigation team as we work to identify those responsible for this outrageous, reckless and barbaric act,” Neil Basu, Britain’s most senior counter-terrorism officer, told reporters.

“They are unable to say at this moment whether or not the nerve agent found in this incident is linked to the attack on Sergei and Yulia Skripal,” Basu said.