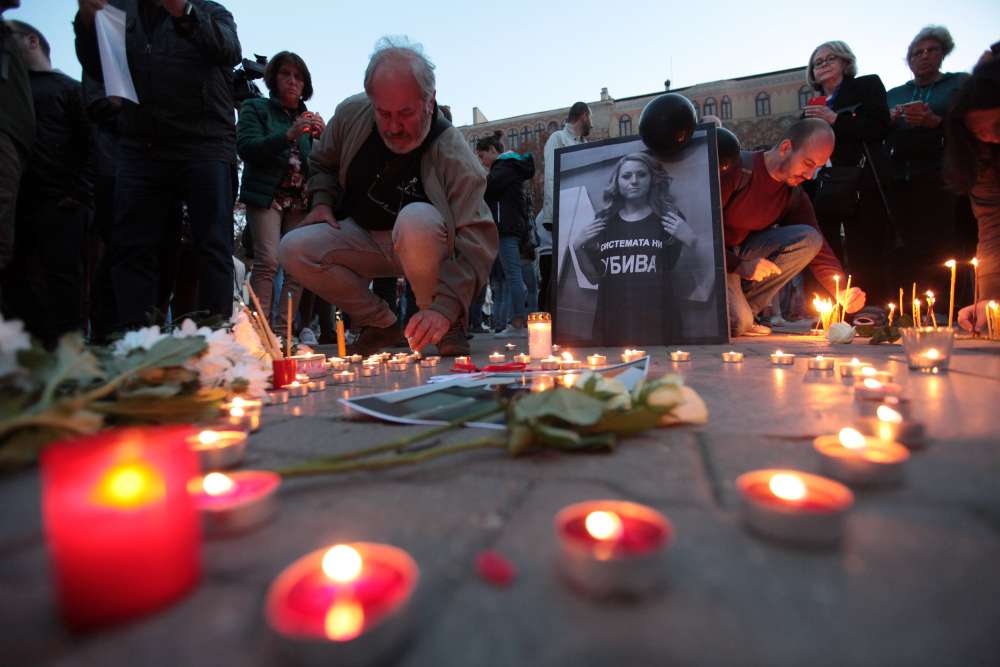 Bulgarian police said they had detained a Romanian citizen of Ukrainian origin for 24 hours and were checking his alibi as they investigated the killing of journalist Viktoria Marinova.

“We have in custody a person whose alibi we are checking, but for the time being we do not have a concrete suspect. Work with him is continuing,” Teodor Atanasov, the head of Ruse regional police said.

An interior ministry spokeswoman declined comment. The prosecutor’s office said three additional prosecutors were being sent to Ruse to back up the investigation.

Prosecutors have said the 30-year-old journalist, who was a presenter and anchor on a local television station, had been raped, beaten and suffocated. Marinova’s body was found in a park near the river in her hometown, Ruse, on Saturday.

While authorities have not established any link to her work so far, her murder has angered and upset many in a country where people are frustrated with rampant corruption and an inefficient and graft-prone judiciary, for which Sofia has been repeatedly criticised by the European Commission.

Early on Tuesday, civilian volunteers combed bushes and ground along the Danube river in Ruse where Marinova’s body was found in an effort to find clues that could help police.

Local people observed a vigil overnight and lay flowers and lit candles in front of her image. Many were stopping to put flowers to commemorate Marinova, who left a seven-year-old daughter, on Tuesday.

“This is extremely frustrating. We do not feel safe at all or calm when such things happen. I did not know her personally , but as a mother I can only feel for her,” said 28-year-old Denitsa Peicheva.

The European Commission urged Bulgaria on Monday to conduct a rapid investigation into the killing.

By In Cyprus
Previous article
Cyprus issue, energy and telecommunications at Cyprus-Greece-Egypt Summit in Crete
Next article
German astronaut photographs Cyprus from space