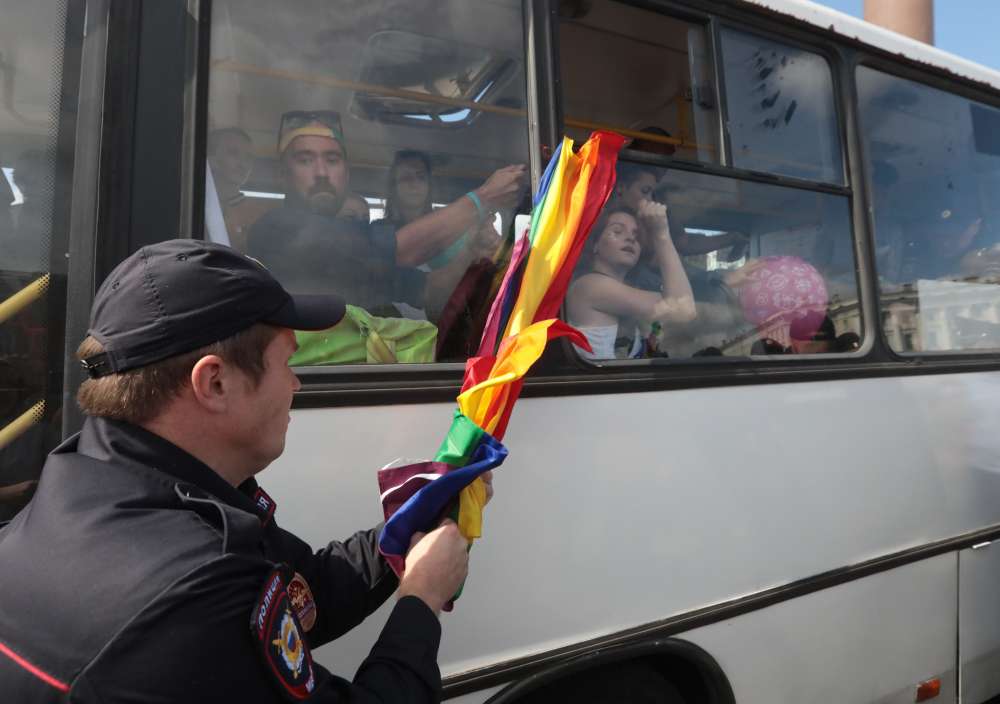 Russian police detained around 25 gay rights activists who took part in an unsanctioned rally in St Petersburg on Saturday, according to Reuters witnesses.

A few dozen activists gathered at Palace Square on Saturday afternoon, defying a ban to hold the rally.

Organisers had said they would stage one-man protests to demand freedom of association after city authorities turned down their request to hold a parade.

Police detained campaigners who unfurled rainbow flags or held placards, dragging them into a police bus. There were no clashes between police and the activists.

Russia passed a law in 2013 banning the spreading of gay “propaganda”.

By In Cyprus
Previous articleNew arrest for possession of laughing gas
Next article8.00% increase in Cyprus’ airports passenger traffic