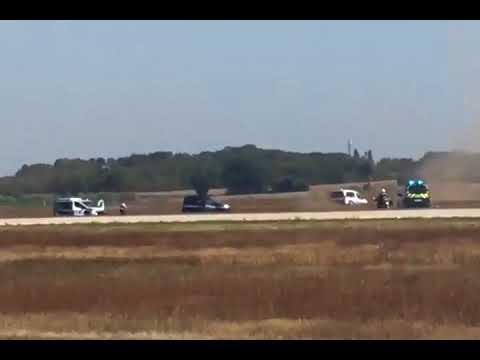 France’s Lyon airport temporarily closed its runway on Monday while police chased an intruder who had rammed a car through a terminal building and sped across the tarmac before being detained, police and judicial sources said.

The car hurtled across the restricted runway area with police cars and a helicopter in pursuit following a chase along a nearby motorway, a police source said.

The driver abandoned his car and tried to flee on foot but was surrounded by officers and arrested, an official at the local public prosecutor’s office said.

Several flights had to be diverted, according to the flight-tracking application Flightradar24.