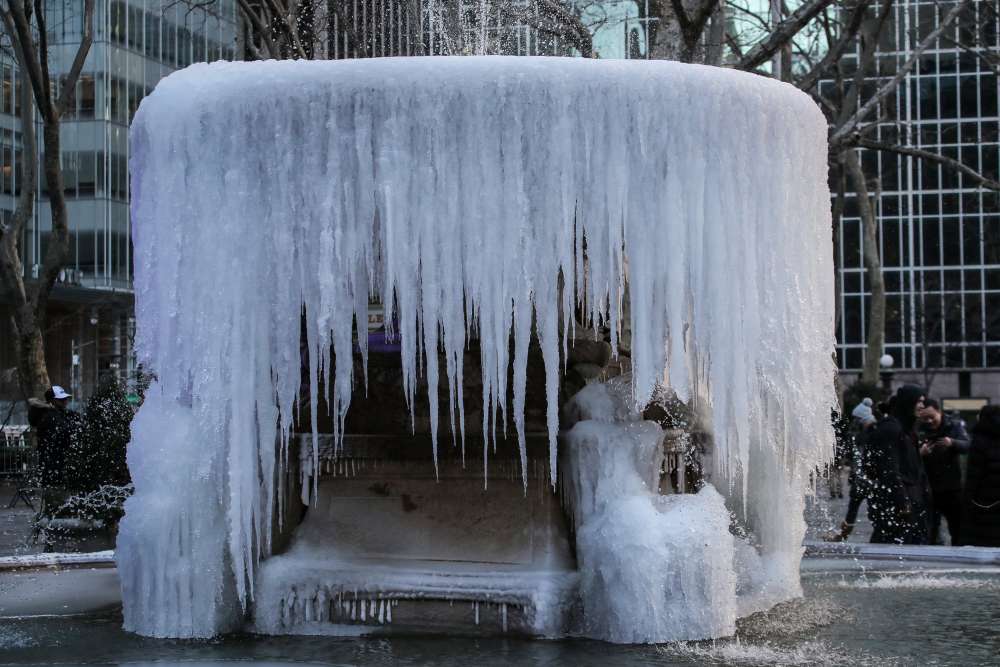 The polar vortex that locked the U.S. Midwest in sub-zero weather and led to the deaths of at least 21 people will give way to milder, snow-melting temperatures this weekend.

Temperatures should reach the mid 40s to low 50s Fahrenheit through the weekend and Monday, forecasters said, after a record-breaking cold snap that stopped postal service and shuttered schools and businesses.

The polar vortex is an icy cap of air that usually swirls over the North Pole. Changing air currents caused it to slip down through Canada and into the U.S. Midwest this week.

“So we’re going from 21 below zero (Fahrenheit) in Chicago Thursday morning to near 50 above on Monday,” he said. “It’ll feel like a heat wave.”

Temperatures in the Upper Midwest will reach well above zero F (minus 18 C) on Friday, with highs making it into the teens and low 20s. By Saturday, highs will be in the 30s and even low 40s. The central Plains will be in the low 60s, nearly 20 to 25 degrees above normal, the weather service said.

More than 40 cold-temperature records were broken Thursday, the coldest morning since the polar vortex moved in late on Tuesday. The mass of arctic air had clung to a swath of the U.S. from Iowa and the Dakotas across the Great Lakes region and into Maine for days.

The coldest recorded temperature was minus 56 in Cotton, Minnesota, on Thursday, the weather service said.

Officials across multiple states linked numerous deaths to the frigid air. The death toll rose after at least nine more people in Chicago were reported to have died from cold-related injuries, according to Stathis Poulakidas, a doctor at the city’s John H. Stroger Jr. Hospital.

But on Friday, Amtrak train services that were halted since Wednesday in Chicago’s hub will resume, as will U.S. Postal service halted or limited in six Midwest states.

And while thousands of flights were cancelled and delayed, mostly out of Chicago, the flight-tracking site FlightAware reported cancellations were down to just over 750 and delays just over 130.