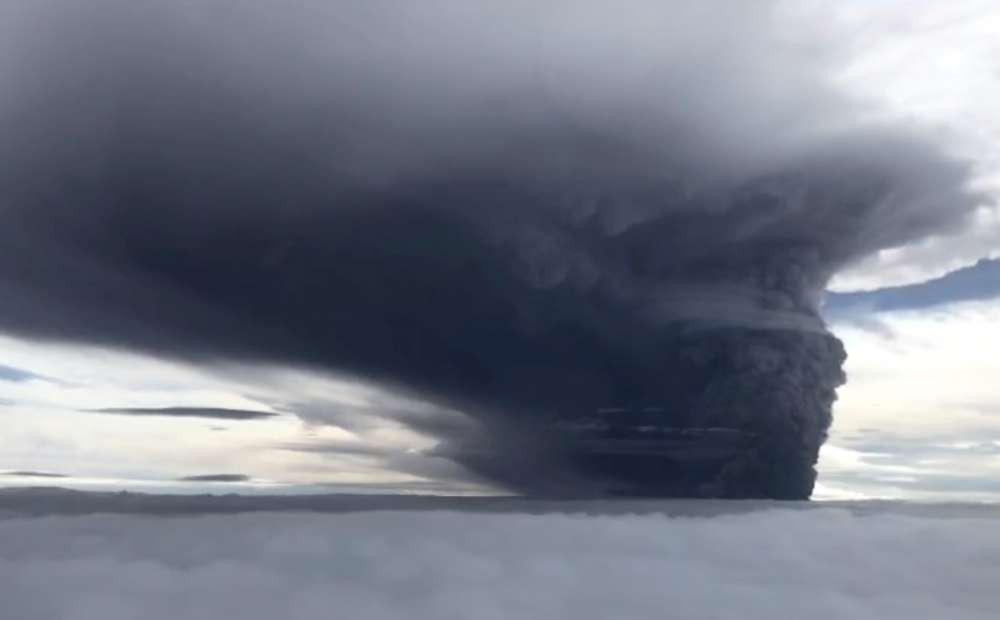 Volcanic eruptions in Papua New Guinea (PNG) have forced 15,000 villagers in the country’s northeast to flee their homes, aid agencies said on Sunday.

Mount Ulawun on PNG’s northeastern island of New Britain exploded suddenly on Wednesday, shooting an ash column 18 km (11.18 miles) into the air, while nearby Manam erupted on Friday, sending dangerous pyroclastic flows down its slopes.

There were no reported casualties but the eruptions destroyed homes, plantations and wells, leaving villagers without food and water while ash columns disrupted domestic flights.

The International Federation of the Red Cross and Red Crescent Societies (IFRC) said as of Sunday, 3,775 people had fled the Manam eruption and 11,047 people from the Mount Ulawun eruption and taken shelter in refuge centres.

Volcanic ash has blanketed the area with tiny glass-like particles that can permanently damage the lungs, leading to sickness or death.

Leo Mapmani of the West New Britain Provincial Disaster Centre said health risks from the ash falls meant people were unable to return to their homes while the dust would damage food crops if rains did not wash it off soon.

“If it is on the hill tops and the tree tops and the wind blows, people will inhale it,” he told Reuters by telephone from West New Britain’s provincial capital of Kimbe.

“We had nowhere to go so we went under the house and hid there for at least eight hours,” he said from Manam Island.

It was unclear when villagers would be able to return to their homes, he said.

Steve Saunders, principal geodetic surveyor at the Rabaul Volcano Observatory told Reuters that Manam was expected to continue to erupt with active lava flows from the summit to the sea.

“Satellites are monitoring the gas and temperatures and we’re monitoring deformation to see if we have any uplift,” he said.

By In Cyprus
Previous article
Three arrested in Paphos for damage to a parked car
Next article
Trump meets with Kim, crosses border into North Korea