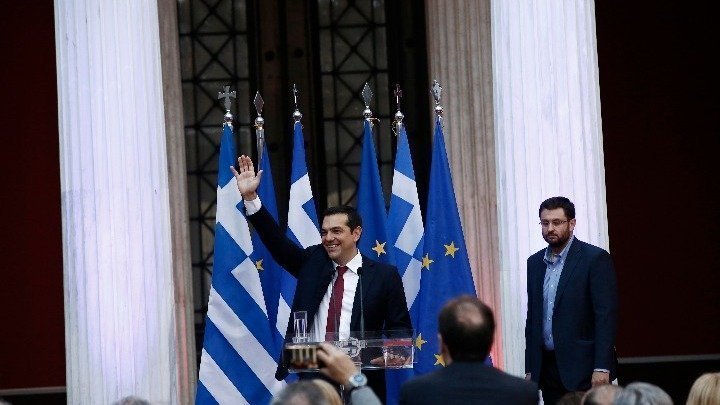 Greece is taking back its sovereignty after a decision from creditors to provide the country with debt relief, making its loans sustainable, said Prime Minister Alexis Tsipras on Friday.
Speaking at a festive ceremony held at Zappeion Hall to mark the debt deal, the premier said that Greece is turning a page, moving away from its eight-year downturn.
“Greece is becoming again a normal country. It is taking back its political and economic sovereignty. Greece is standing on its feet again,” he said.
Addressing lawmakers from the two coalition parties – Syriza and Independent Greeks – Tsipras donned a red tie, making good on a promise to wear one only when Greece gets a debt deal from creditors. The neckwear though was gone by the end of the speech.
The country does not have to borrow money to cover debts for three years, he added, highlighting that the country will be able to make its own decisions and provide some tax relief measures as of 2019.
“The supervision foreseen by the rules of the European Union have nothing to do with the mechanisms of the bailout supervision that we have experienced,” he said. “Greece will have the responsibility of itself and its future,” he added.
Tsipras reiterated that this government will see out its four-year term, which ends in September next year.