Pelosi reaffirms US support for Ireland amid Brexit impasse 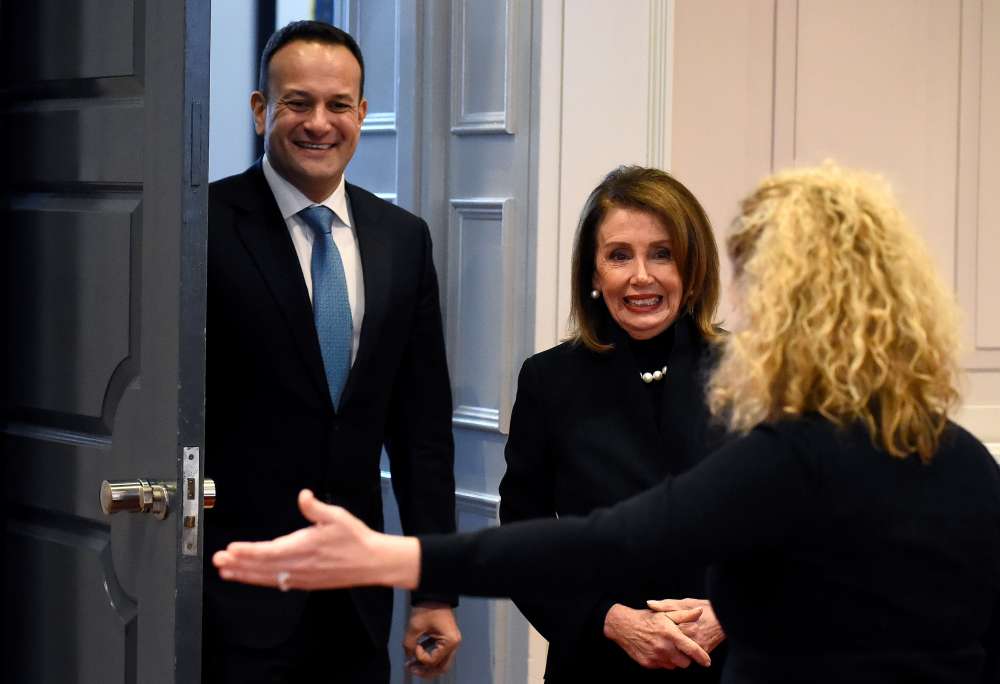 The United States would not agree to any trade deal with Britain if future Brexit arrangements undermine peace in Ireland, U.S. House of Representatives Speaker Nancy Pelosi said on Wednesday during a visit to Dublin.

Reaffirming a message of U.S. solidarity with Ireland first delivered in a speech on Monday in London, Pelosi said it was vital to keep a “seamless border” between the Irish Republic and British-ruled Northern Ireland after the UK exits the European Union.

Her comments are likely to irk some members of British Prime Minister Theresa May’s Conservative Party whose insistence on a ‘clean’ break with the EU’s customs union and single market have raised the prospect of new border controls on the island of Ireland. They also want a new trade deal with the United States.

“I’ve said it before and I’ll say it again, we must ensure that nothing happens in the Brexit discussions that imperils the Good Friday accord, including, but not limited to, the seamless border between the Irish Republic and Northern Ireland,” Pelosi told a special joint sitting of Ireland’s parliament.

“Let me be clear, if the Brexit deal undermines the Good Friday accord, there will be no chance of a U.S/UK trade agreement. As you face the challenges posed by Brexit, know that the United States Congress, Democrats and Republicans in the House and in the Senate, stand with you.”

Pelosi is leading a Congressional delegation to Europe.

How to keep EU-member Ireland’s 500km border with Northern Ireland open after Brexit is proving the most intractable issue in Britain’s tortuous efforts to leave the EU.

May’s government is now in talks with the opposition Labour Party to build support for her divorce deal that parliament has already rejected three times, forcing a delay of at least six months in the UK’s departure date.

Much of the opposition to May’s deal within her own party is centred on fears that it would not provide a clean enough break to allow the United Kingdom to forge new trade deals around the world, especially with the United States.

Democratic congressman Brendan Boyle told the Irish Times newspaper that pro-Brexit Conservative lawmakers the Congressional delegation had met in London this week “were not exactly pleased with what they heard from the U.S. side”.

The Congressional delegation is due to visit Northern Ireland on Thursday.