Paris painters threaten to fold up easels over creeping cafes 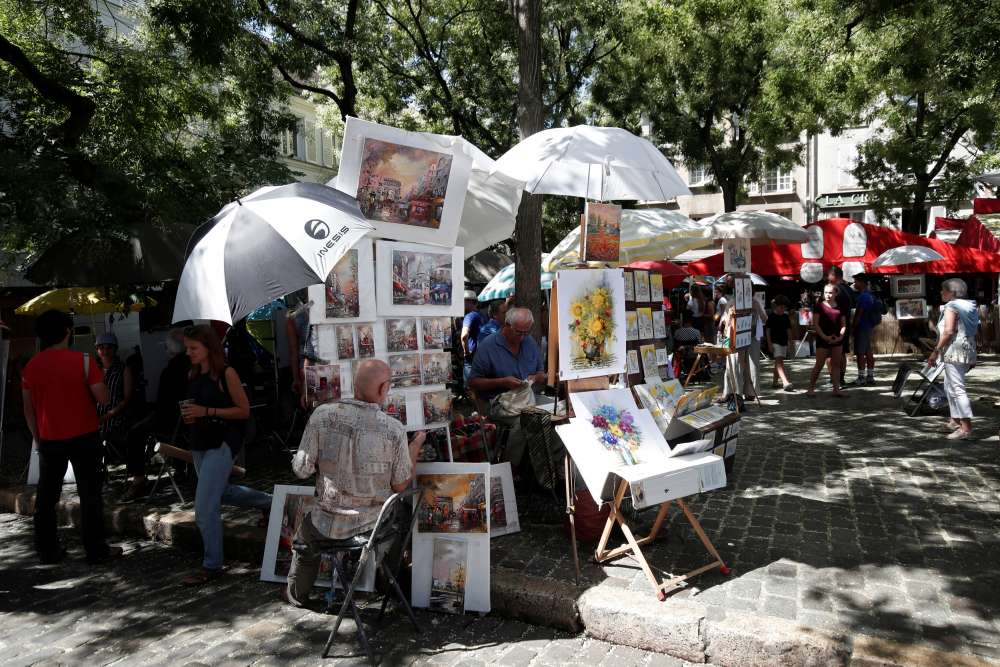 For decades the artists of Montmartre have dazzled sightseers with their rapidly delivered portraits, paintings of Parisian scenes and cartoonish caricatures.

But now the painters are threatening to fold up their easels and relocate elsewhere in the French capital, accusing restaurateurs of encroaching on their space.

“It’s very difficult to paint now – it’s almost impossible,” said painter Midani M’Barki, 70. “We are now working in the gutter. Is it normal for artists to be put in the gutter?”

The street painters – who have included Franco-Dutch artist Kees van Dongen and Spaniard Pablo Picasso – have been a centrepoint of the neighbourhood since the late 19th century.

About 300 artists share some 140 1 metre squared plots in the Place du Tertre, perched high above Paris in the shadow of the Sacre Coeur.

But in recent years they have felt squeezed by bistro and cafe terraces, and the coach-loads of tourists that pour into the square during the summer months.

“The easel alone doesn’t fit in a metre square,” lamented painter Kinga Zakrzfeska, 45. “And with all our equipment – chairs, paints – 1 metre alone is insufficient.”

The artists last month downed their brushes and protested in front of the local town hall against a new layout they say resulted in restaurants’ seating occupying up to 80 percent of the square.

M’Barki, who has painted in the square for almost 50 years, said artists were now considering moving elsewhere.

“If it continues like this we’re going to move to another square down the hill,” he said.

No one was available at the 19th arrondissement’s town hall to comment on the artists’ complaints.

Other painters said the council was ignoring the painters’ concerns in pursuit of profiting from the restaurant trade.

“This square is not renowned for its extraordinary cuisine, but for its paintings, historically. Tourists come here to see the paintings,” said Yola Marie-Jolan, 55.