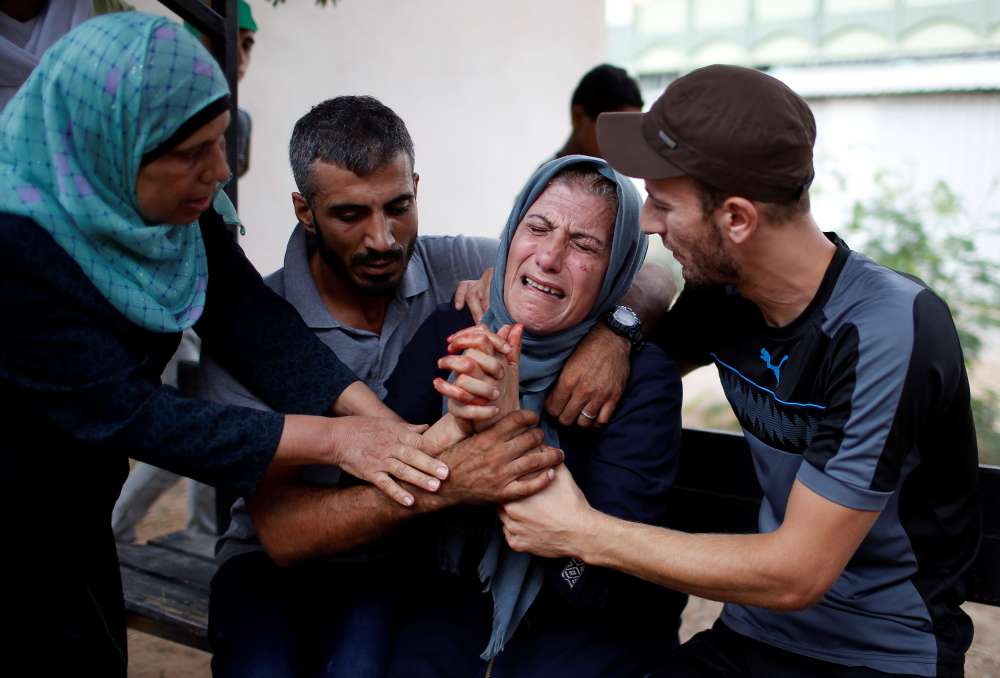 A rocket fired by Palestinian militants hit a house in the largest city in southern Israel on Wednesday, Israel‘s military said, prompting Israeli air strikes that medics said killed at least one person in the Gaza Strip.

The attacks came as Egyptian mediators try to negotiate a long-term ceasefire after months of violence along Gaza’s border with Israel.

The rocket severely damaged the house in Beersheba before dawn, the military said. The family living there managed to take shelter in a reinforced room after alert sirens sounded, said officials in the city about 40 km (25 miles) from the Gaza Strip.

Another rocket launched from Gaza and aimed at central Israel fell into the Mediterranean Sea, the military said.

Israel‘s military said it then struck armed training camps in Gaza, which is run by the Hamas Islamist group, and also targeted a squad about to launch a rocket.

Health officials in Gaza said at least one Palestinian was killed and five wounded.

There was no immediate claim of responsibility for the Beersheba attack, and in an unusual statement – with a nod to Egypt’s truce efforts – Hamas and other militant groups condemned the rocket strike.

In a joint statement, Hamas and the other groups said they “reject all irresponsible attempts to sabotage the Egyptian effort, including the firing of the rockets” on Wednesday. The factions did not specify who they believe might have launched them.

Lieutenant-Colonel Jonathan Conricus, an Israeli military spokesman, said the rockets fired at Beersheba and central Israel, were mid-range and produced in Gaza.

“Only two organisations have these specific rockets – Hamas and Islamic Jihad – which very much narrows it down as to who is behind it,” he said in a telephone briefing to journalists.

Palestinian have been protesting along the border since March 30, demanding an end to an Israeli and Egyptian blockade on the narrow coastal strip, and the right to return to lands that Palestinians fled or were driven from upon Israel’s founding in 1948.

Around 200 Gazans have been killed by Israeli troops since the border protests began on, according to Palestinian Health Ministry figures. Palestinian militants have launched incendiary balloons and kites into Israel and on occasion breached an Israeli frontier fence.

A senior Egyptian delegation has been holding talks with Hamas in Gaza since Tuesday on a ceasefire with Israel and ways to end 11 years of division with Palestinian President Mahmoud Abbas’s Fatah faction in the occupied West Bank.

(Reuters/Photo: The mother of the Palestinian, who was killed in the air strike, reacts as her hands are stained with his blood, at a hospital in the northern Gaza Strip.)