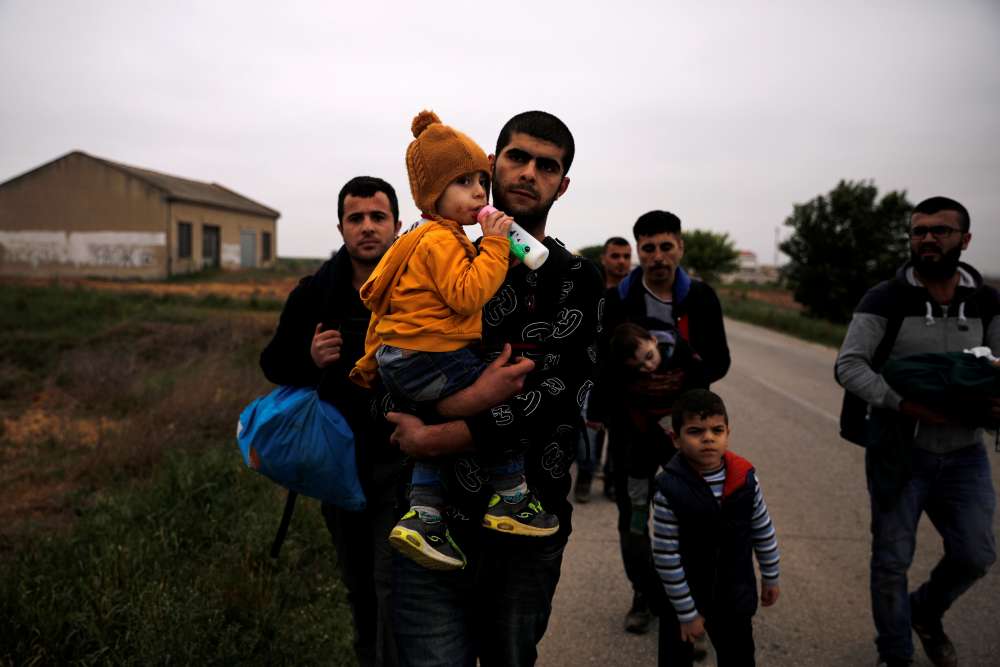 More than 10,000 migrants and refugees arrived in Greece from Turkey through the northern Evros river crossing in the first half of 2018, a non governmental organisation said on Thursday, a quicker pace of arrivals compared to 2017.

The figure outstrips an estimated 7,500 of arrivals from Evros in 2017 overall, a Medecins Sans Frontieres (MSF) Greece official told Reuters.

“The number of incoming refugees and migrants exceeded 10,000 in the first six months of the year, more than the total number of arrivals from Evros in 2017,” field coordinator for Greek MSF Ifigenia Anastasiadi said, citing police data.

Nearly a million migrants crossed from Turkey to Greece’s islands in 2015, but that route all but closed after the EU and Ankara agreed a deal to stop the flow in March 2016.

Refugees fleeing war in Syria and elsewhere have turned in recent years to the old smugglers’ route across the river border between the two countries. Turks have also used the Evros route following a failed coup attempt against Turkish President Tayyip Erdogan in 2016.

Anastasiadi urged the government to send doctors and upgrade the Evros reception centre, which she called “a forgotten place.” The U.N. refugee agency UNHCR also said earlier this year that the reception facility in the area is full beyond its 240-person capacity.

It can take five to six minutes to paddle across the Evros river. But its fast-moving waters are treacherous and some people have perished on the way.

The main flow across the Mediterranean to European Union countries now comes from north Africa, running at more than 50,000 so far this year. At least 1,500 migrants perished in trying to make the crossing, according to U.N. figures.

George Clooney among artists recognized for their contributions to American culture