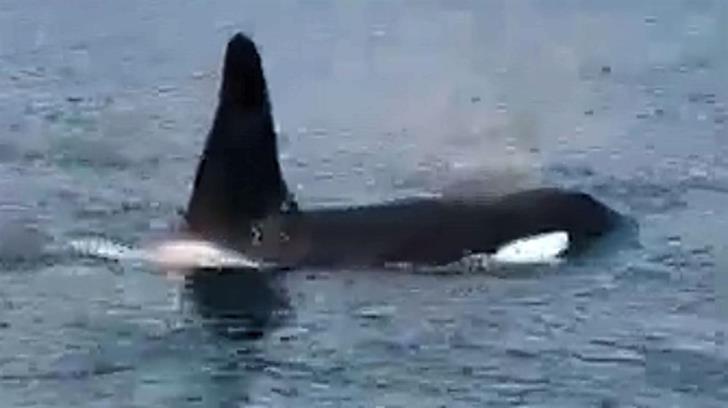 A killer whale that normally lives near Iceland appears to be the first of its species to reach Lebanon, The Times report.

The orca was swimming four miles away from Beirut alongside a fisherman’s boat, who took a video of the unusual sight:

The sighting comes after a pod of killer whales were tracked near Genoa in December astonishing experts, and were seen again two weeks later in the strait of Messina near Sicily.

Marie Mrusczok, an expert from Iceland told The Times that she saw the Lebanon video and believes it’s very likely that this is the 18- year-old whale named Riptide that was leading the Italian pod, but that she would need to see clearer images to be entirely sure.