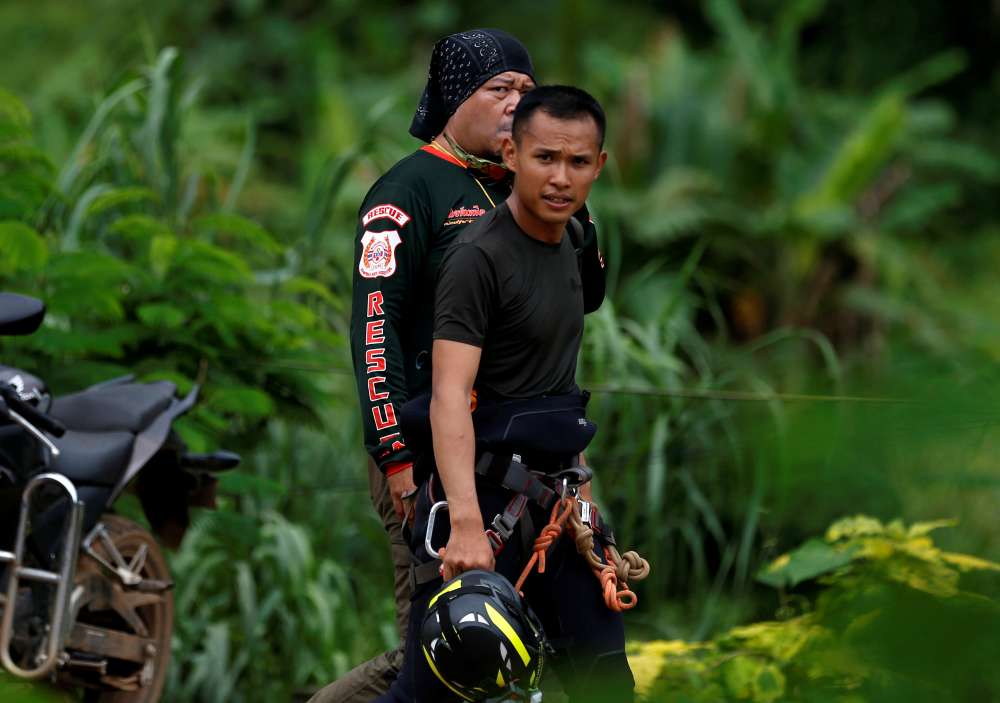 An operation to rescue a group of Thai boys and their soccer coach trapped in a flooded cave resumed on Monday, said several officials with knowledge of the operation at the Tham Luang cave in the northern Thai province of Chiang Rai.

Nine members of the “Wild Boars” team are still inside the Tham Luang cave after foreign and Thai divers guided four boys out safely late on Sunday.

Officials said they were using more personnel than yesterday, adding that they hoped for good news in the hours ahead.

Chief of the rescue mission said the same multinational team as yesterday was being used to bring out the remaining boys and their coach.