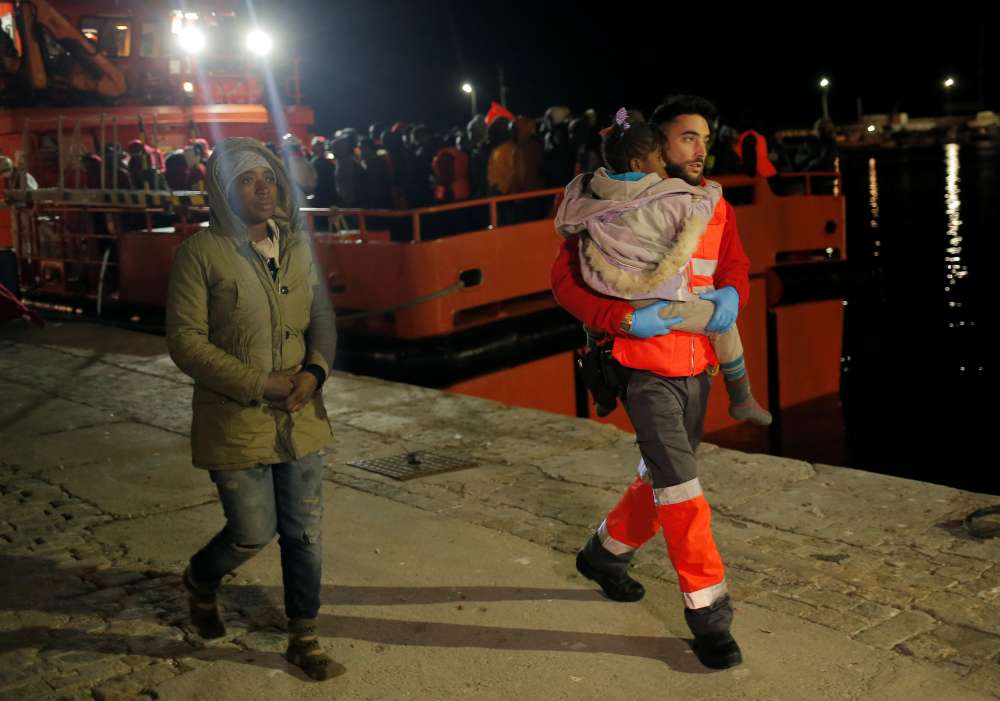 A Spanish charity rescue ship docked in Algeciras port in southern Spain on Friday, bringing ashore more than 300 migrants rescued in the Mediterranean Sea one week ago.

Several European countries, including Malta and Italy, had refused entry to the Proactiva Open Arms vessel although a mother and her newborn baby were taken by helicopter to Malta. Most of the 308 migrants are African and had been picked up off the coast of Libya.

Men lined up on the deck of the ship as it entered the port early on Friday, a few wearing Santa hats.

Spanish police and Red Cross staff helped the migrants to disembark. The Red Cross had set up tents on the dock to administer medical checks.

Illegal immigration to Europe by sea has fallen sharply overall since 2016 but arrivals in Spain have more than doubled annually to the rate of more than 1,000 people per week this year.

The Socialists lost power in the southern region of Andalusia in local elections this month, with the Vox party who campaigned on an anti-immigration ticket winning seats in the first electoral success for the far right since Spain’s return to democracy in the late 1970s.