On the campaign trail: Democrats scramble for lead in New Hampshire 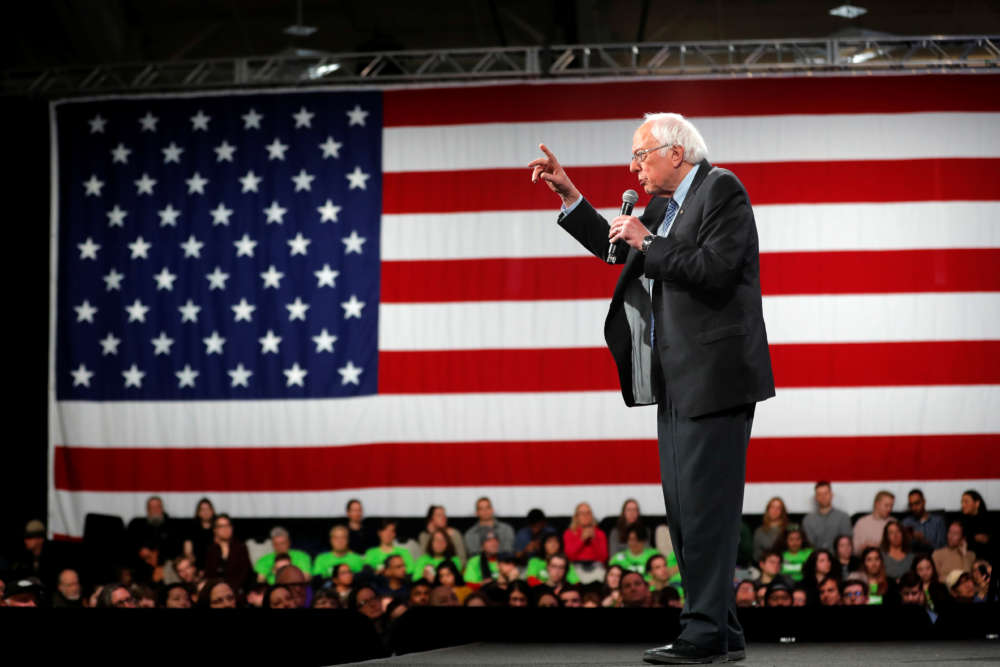 Democrats scrambled to gain an edge with voters on Saturday on the last weekend before the party’s next presidential nominating contest in New Hampshire, which could help boost one candidate above the pack after a debacle in Iowa.

The problems that plagued the caucuses overshadowed any victory bump the candidates could claim before New Hampshire’s contest on Tuesday and cast a pall as the Democratic Party began the process of picking a nominee to face Republican President Donald Trump in November.

Here is what is happening in New Hampshire on the campaign trail.

Buttigieg, at 38 the youngest candidate in the Democratic contest, overtook Sanders, at 78 the oldest, in a Suffolk University tracking poll of New Hampshire Democratic voters.

Friday’s results showed Buttigieg at 25% and Sanders at 24%, within the margin of error and a clear split between the moderate ex-mayor and the party’s progressive standard-bearer from neighboring Vermont.

Warren, Sanders’ fellow liberal from next-door Massachusetts, was third with 14% and Biden finished fourth with 11%, the poll showed. The other candidates were in single digits with 7% of voters undecided.

The two-day tracking poll of 500 likely Democratic primary voters had an error margin of plus or minus 4.4 percentage points. Buttigieg has risen 14 points since the first tracking poll was published Feb. 3.

With the latest poll showing him in fourth place, Biden braved the northern New England wind and cold and spent part of the morning meeting volunteers and handing out food at a community food bank in Manchester. He did not make remarks.

At the presidential debate on Friday, Biden conceded that he likely would not win the state, prompting local media to ask afterward whether he was writing off New Hampshire. His campaign maintained that Biden would continue to campaign in the days leading up to the primary and expected to finish competitively.

By In Cyprus
Previous article
Soldier kills 20 in shooting rampage in Thailand
Next article
Cold, mainly fine with possibility of light showers