Omarosa’s ‘Unhinged’ settles for No. 2 spot on U.S. best-seller list 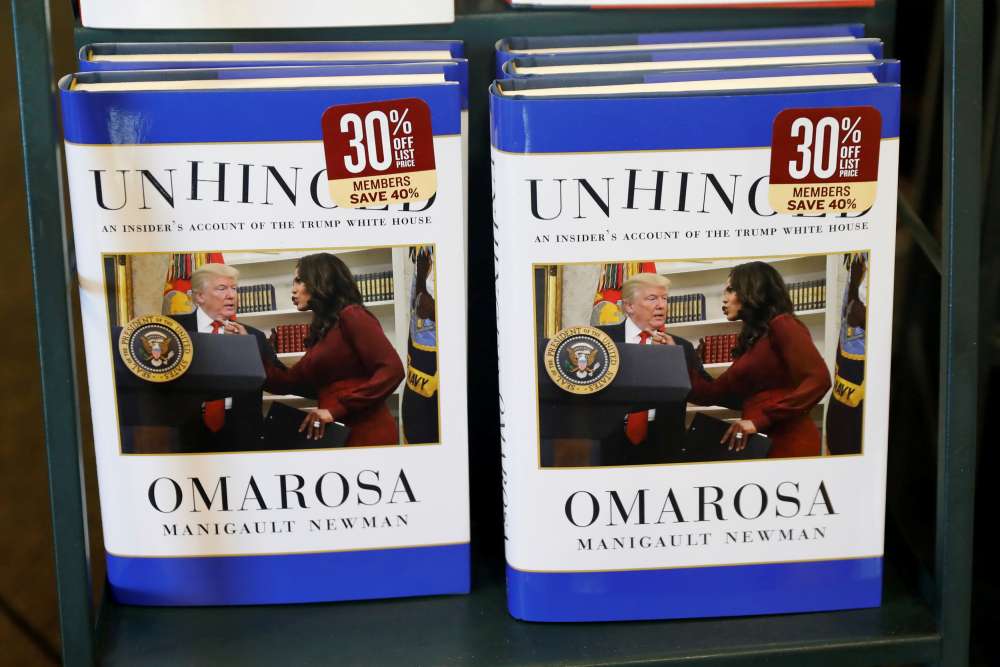 The tell-all memoir from former White House aide Omarosa Manigault Newman sold more than 33,000 copies in its first week, but failed to take the top spot on the U.S. best-sellers list.

Sales data on Thursday from NPD BookScan showed that “Unhinged,” Manigault Newman’s much publicized account of her year at the White House, was beaten to the No. 1 spot by lifestyle guide “Girl, Wash Your Face,” which sold more than 58,600 copies for the week.

In her book, Manigault Newman accuses U.S. President Trump of having made derogatory statements about African-Americans, Filipinos and other minorities, as well as exhibiting “forgetfulness and frustration.”

“His mental decline could not be denied,” she wrote.

The former contestant on Trump’s reality TV show “The Apprentice” had been one of the Republican president’s most prominent black supporters, before she was fired from her White House position in December.

She made multiple media appearances to promote the book ahead of its release last week.

The NPD BookScan data is compiled weekly from independent, online and chain bookstores, book wholesalers and independent distributors across the United States.

It showed that “Unhinged” was the second best-selling fiction or non-fiction hardcover book after “Girl, Wash Your Face,” by Rachel Hollis. Thriller writer James Patterson’s new title, “Texas Ranger,” was the top selling fiction book with more than 31,000 books sold.