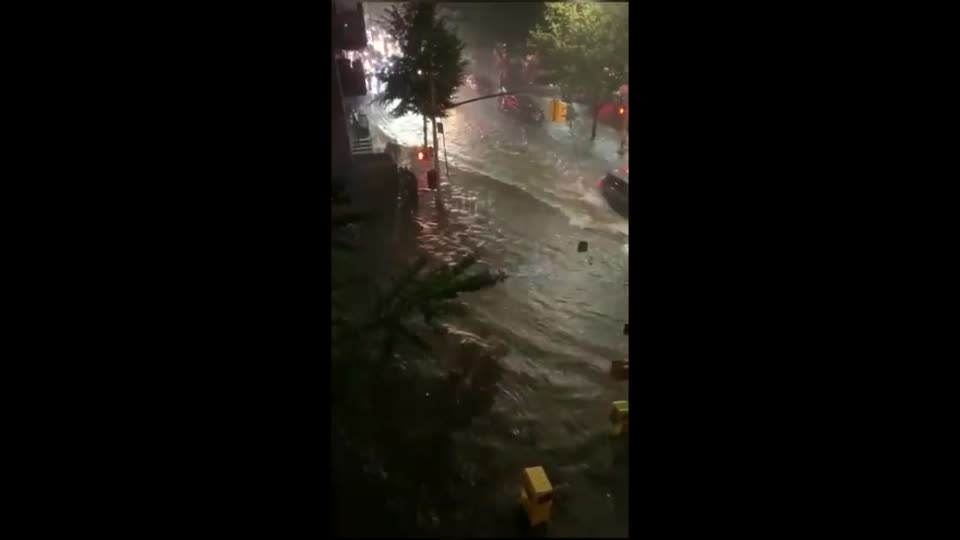 New York streets were left flooded as Hurricane Henri made its way towards the northeast coast of the United States on August 21. Video posted by @WMSBG shows cars driving through an inundated intersection after heavy rain caused flash flooding in Williamsburg. Close to 4.5 inches of rainfall was recorded in Central Park on Saturday night, with 1.84 inches falling from 11pm to midnight, the National Weather Service said. Henri is set to bring a dangerous storm surge, hurricane conditions, and flooding rainfall to parts of the northeast United States as it makes landfall on August 22, the National Hurricane Center said. New York City Mayor Bill de Blasio declared a state of emergency on August 21 ahead of Hurricane Henri making landfall.

By gavriella
Previous articlePolice in the streets due to big return from mountains and sea
Next articleCypriot karate athlete wins gold at 2021 EKF Cadet, Junior & U21 Championships