Neo-Nazi faces sentencing in murder of protester in Charlottesville, Virginia 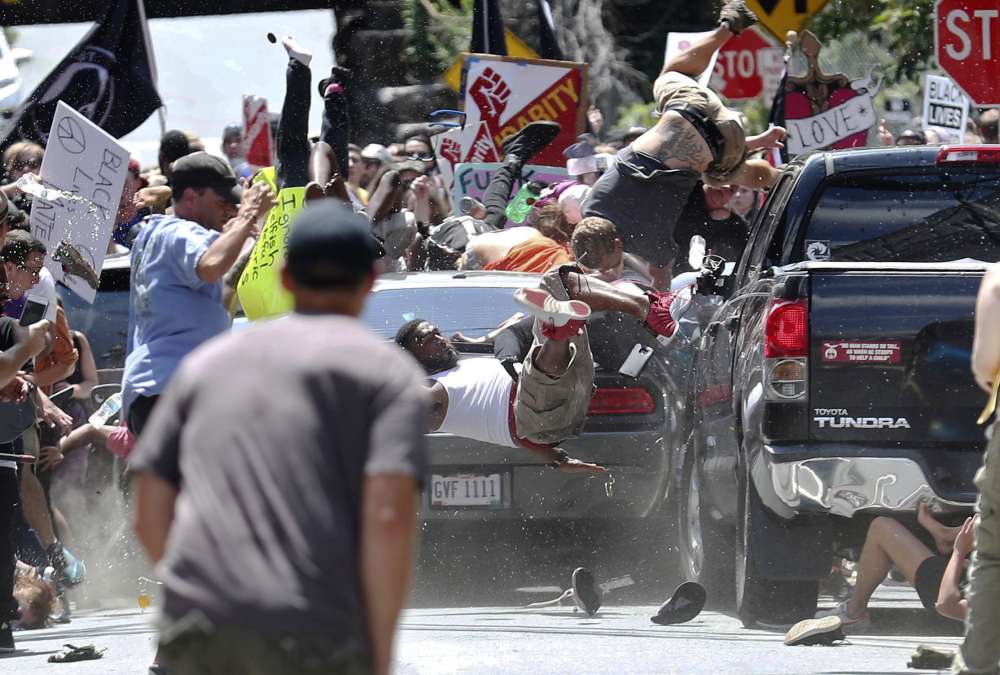 The self-professed neo-Nazi who drove his car into a crowd protesting against white supremacists in Charlottesville, Virginia, killing one of the demonstrators, was due in court on Monday for sentencing on his first-degree murder conviction.

James Fields, 22, was expected to receive the maximum penalty of life in prison, as recommended by a Virginia state court jury that found him guilty last December of murder plus eight counts of malicious wounding and a hit-and-run offense.

Fields, a resident of Maumee, Ohio, has already received a separate life sentence without the possibility of parole after pleading guilty in March to federal hate-crime charges stemming from the violence in Charlottesville on April 12, 2017.

The deadly car-ramming capped a day of tension and physical clashes between hundreds of white nationalists and neo-Nazis who had gathered in Charlottesville for a “Unite the Right” rally, and groups of demonstrators opposed to them.

Heather Heyer, 32, one of the counter-demonstrators, was killed in the attack.

By then police had already declared an unlawful assembly and cleared a city park of the white nationalists, who were there to protest removal of statues commemorating two Confederate generals of the U.S. Civil War.

The night before, “Unite the Right” protesters had staged a torch-lit march through the nearby University of Virginia campus chanting racist and anti-Semitic slogans.

The events proved a turning point in the rise of the “alt-right,” a lose alignment of fringe groups centered on white nationalism and emboldened by President Donald Trump’s 2016 election. Trump was strongly criticized by fellow Republicans and by Democrats for saying after Charlottesville that “both sides” were to blame for the violence.

During his state court trial, Fields’ lawyers never disputed that he was behind the wheel of the Dodge Charger that sent bodies flying when the vehicle slammed into Heyer and about 30 other people. Instead, the defense suggested that Fields felt intimidated by the hostile crowds.

Prosecutors countered that he was motivated by hatred and had come to the rally to harm others. The defendant, who has identified himself as a neo-Nazi, was photographed hours before the car attack carrying a shield with an emblem of a far-right hate group.

Less than a month before the events in Charlottesville, he had posted an image on Instagram showing a car plowing through a crowd of people captioned: “you have the right to protest but I’m late for work.”