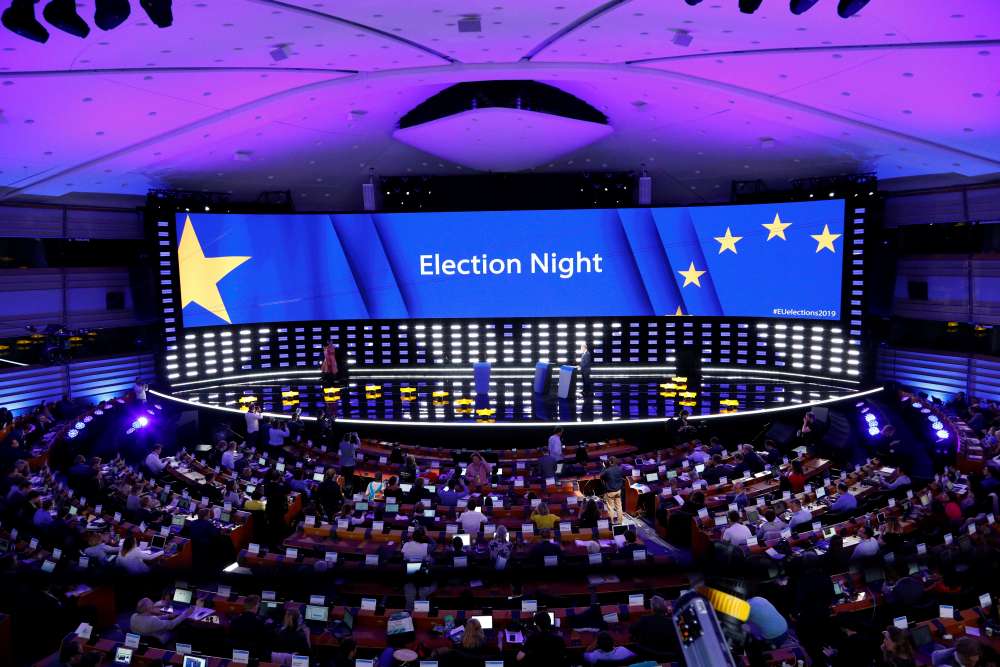 The far-right and nationalists in Italy, Britain, France and Poland came out on top in their national votes on Sunday, shaking up politics at home but failing to dramatically alter the balance of pro-European power in EU assembly.

At the EU level, provisional results published at 00:00 GMT on Monday showed the Socialists, Greens, liberals and conservatives with 506 of the 751 seats in the parliament that helps pass laws for more than 500 million Europeans.

While policy-making is likely to be difficult given the breakdown of a “grand coalition” of the centre right and centre left, the result shields the EU from anti-establishment forces seeking to break up the world’s largest trading bloc.

Spanish and Portuguese bond yields hovered around record lows as the retention of a strong majority in the EU Parliament by pro-EU parties bolstered investor sentiment.

“We are going to build a social Europe, a Europe that protects,” Spain’s Prime Minister Pedro Sanchez, whose revival among Spanish voters offset a fall in centre-left support in Germany, told a news conference late on Sunday night.

President Emmanuel Macron’s Renaissance platform, built on the ruins of French centre-left and centre-right parties, added to gains for liberals at the EU level while support for the Greens surged, giving four groups the pro-EU middle ground and holding on to two-thirds of seats.

Cries of “Europe is back” among voters waving blue and gold EU flags outside European Parliament in Brussels on Sunday night also showed the ebullient mood among Europeans delighted with a sharply higher turnout across the bloc.

Turnout in the world’s second-biggest election rose to 51% from 43% in 2014, its highest in 20 years. It was the first reverse in a trend of falling participation since the first direct EU vote in 1979 and may muffle talk of a “democratic deficit” undermining EU legitimacy.

A stronger voice for the liberals and Greens could see the next EU executive seek a tougher line on regulating polluting industries, taxing multinational companies or demanding trading partners help contain climate change — as well as press its own members, notably in the east, not to damage civil rights.

But disenchantment with the European project, which has struggled through economic and migration crises over the past five years, was palpable across the bloc.

Riding a wave of anger at the British government’s failure to take the United Kingdom out of the European Union, Nigel Farage’s Brexit Party won a resounding victory.

The result showed Britain even more polarised over its Brexit divorce, nearly three years since a 2016 referendum in which it voted 52% to 48% to leave.

In Italy, the far-right League became Italy’s largest party, giving greater authority to its leader Matteo Salvini who is pushing for swingeing tax cuts in defiance of EU budget rules.

In Germany, Chancellor Angela Merkel’s conservatives lost votes from five years ago as the far-right Alternative for Germany gained. But the Greens grabbed the headlines, nearly doubling their vote to finish second, ahead of the governing Social Democrats.

The European Parliament election will usher in weeks and possibly months of hard bargaining over who will run EU institutions. Officials for the four pro-EU centre parties were quick to talk of plans for a broad coalition.

“We are facing a shrinking centre,” said Manfred Weber, the German lead candidate of the EPP. “So what I would ask us to do to is to join our forces to work together from now.”

Parliament has insisted that one of its own winning members should succeed Jean-Claude Juncker as president of the executive European Commission. But many national leaders, who will meet over dinner in Brussels on Tuesday, have said they will not be bound by that demand.

Weber in particular faces resistance, having never held government office – although he insists his long experience in the European Parliament makes him the democratic choice.

Frans Timmermans, Juncker’s Dutch deputy who led the Socialists’ campaign, cautioned against putting the “Game of Thrones” over top jobs ahead of efforts to forge a common programme among parties that will push for a stronger Union.

By In Cyprus
Previous articleChief economist calls for prudence and the maintenance of buffers, as external risks loom
Next articleHow did Turkish Cypriots vote?