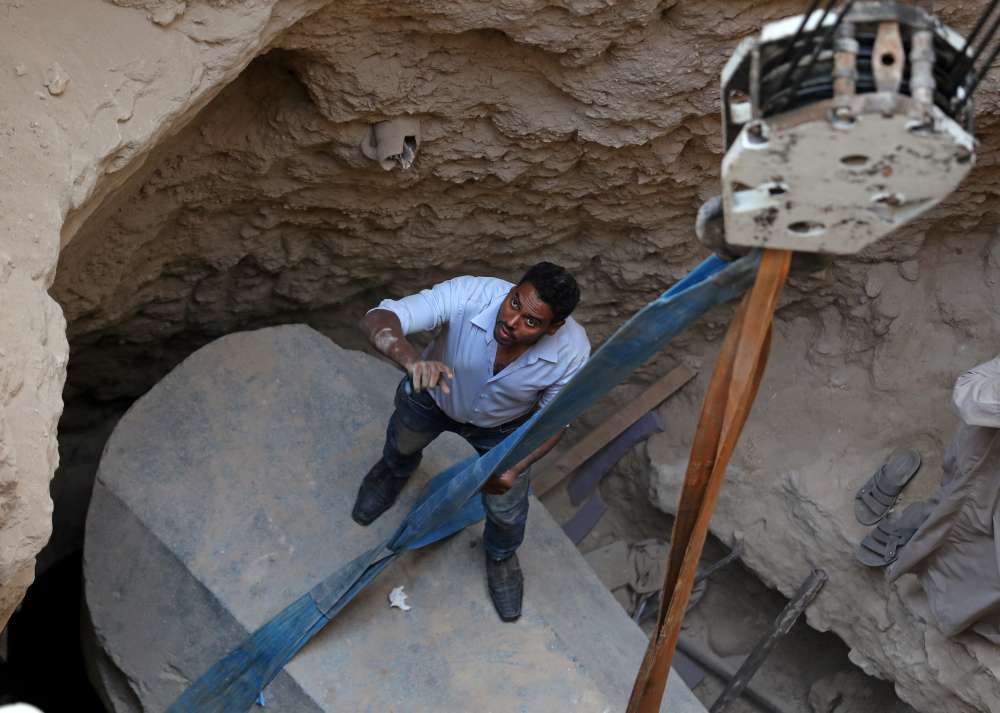 Egyptian archaeologists have dashed local hopes that a newly discovered ancient sarcophagus might contain the remains of Alexander the Great, finding instead the mummies of what appeared to be a family of three.

Workmen inadvertently unearthed the approximately 2,000-year-old black granite sealed sarcophagus this month during the construction of an apartment building in the historic Mediterranean port city of Alexandria.

The 30-tonne coffin is the largest yet found in Alexandria, prompting a swirl of theories in local and international media that it may be the resting place of the ancient Greek ruler who in 331 BC founded the city that still bears his name.

Egypt‘s antiquities ministry had vigorously dismissed the chances of finding Alexander’s remains inside the 30-tonne sarcophagus and on Thursday its scepticism was vindicated.

“We found the bones of three people, in what looks like a family burial… Unfortunately the mummies inside were not in the best condition and only the bones remain,” Mostafa Waziri, secretary-general of the Supreme Council of Antiquities, told reporters at the site.

Waziri said some of the remains had disintegrated because sewage water from a nearby building had leaked into the sarcophagus through a small crack in one of the sides.

The location of the remains of Alexander the Great, who died in 323 BC in Babylon, remains a mystery.

The sarcophagus in Alexandria is the latest of a series of interesting archaeological finds this year in Egypt that include a 4,400-year-old tomb in Giza and an ancient necropolis in Minya, south of Cairo.

The unmarked tomb in Alexandria did not likely belong to any other notable ruler in the Ptolemaic period (332 BC-30 BC) associated with Alexander the Great, or the subsequent Roman era, Waziri said.

The prospect of opening the long-sealed sarcophagus had stirred fears in Egyptian media that it could unleash a 1,000-year curse.

“We’ve opened it and, thank God, the world has not fallen into darkness, said Waziri.

“I was the first to put my whole head inside the sarcophagus… and here I stand before you … I am fine.