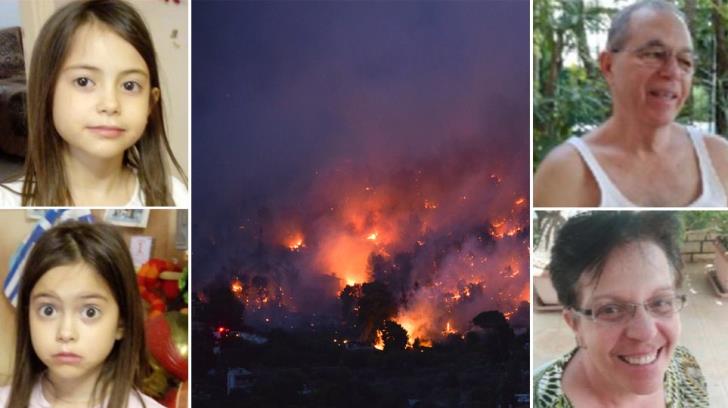 The  bodies of nine-year old twin sisters Sofia and Vasiliki Filipopoulou, reported missing by their parents after Monday’s devastating fire near Rafina, have been identified.

Private investigator Yiorgos Tsoukalis said the girls were found in a field with their grandparents at Mati with 28 other people who perished after they got trapped by flames in a field only 30 metres away from the sea as they tried to make their way to safety.

The story of the two girls, who had been staying with their grandparents, has gripped public opinion after their father said he recognised them on TV footage of evacuees from the fire.

These hopes have been dashed with both children and their grandparents now confirmed dead. They are among 87 who died in Monday’s deadly blaze. Scores more have been injured.

A close friend of the family wrote on social media: “The epilogue has been written.. All four were found, in one embrace. Not even death could separate them.”