Minor clashes break out at Paris protest against pension reforms 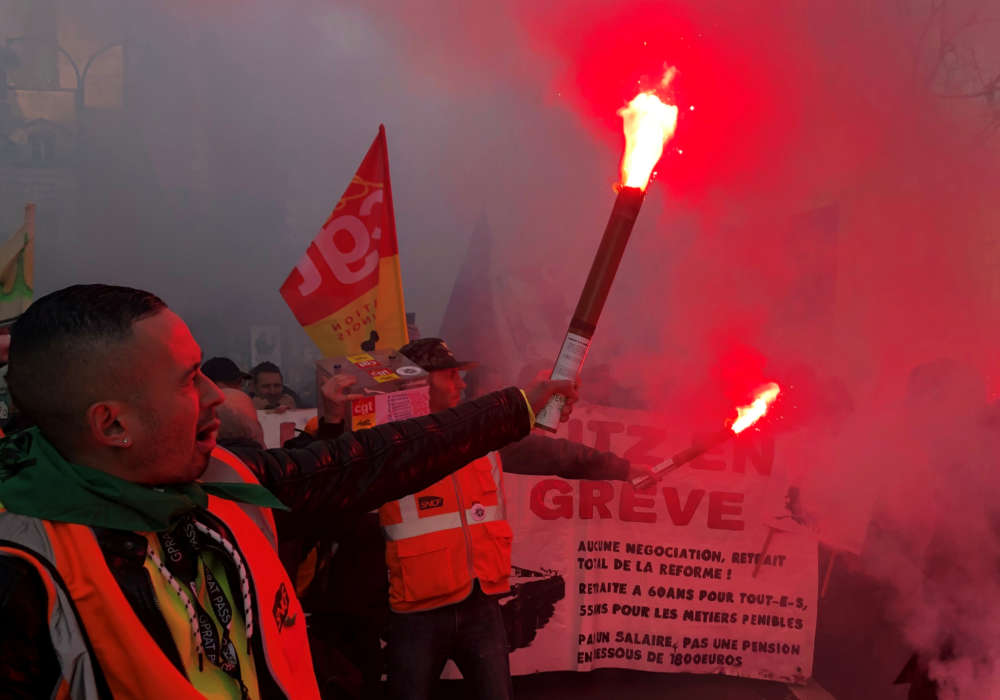 French police fired tear gas on Saturday in low-level clashes in the centre of Paris with demonstrators protesting government plans to overhaul the country’s pension system.

Police briefly used the tear gas in the city’s Bastille area and at the Gare de l’Est railway station after demonstrators, who were joined by “Yellow Vests” anti-government activists, tried to enter the station complex.

President Emmanuel Macron has said reforms are essential to simplify the current convoluted pensions system, but his opponents say they will result in many French people having to work for longer.

“People have to think a bit about what kind of society they want in general and, on a more personal level, whether you’re 20, 30, 40 or 50, one day you’ll retire,” said Jean-Gabriel Maheo, an industrial technician who said he was in his fifties.

“If the currently proposed system passes in the way it is laid out, it will be a social catastrophe. Already, the previous reforms are seeing people retire with measly pensions,” added Maheo, as he took part in the Paris demonstration on Saturday.

Much of France has been crippled by a national transport strike since the anti-pensions protest first began in early December. Another big nationwide demonstration is due to take place on Jan. 9.