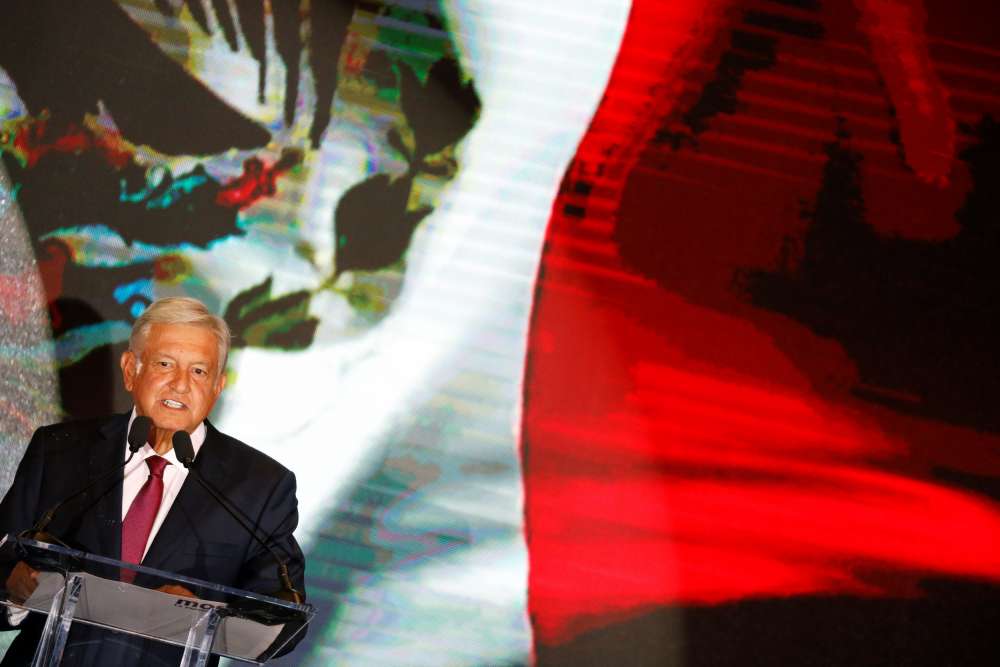 The peso gained more than 1 percent when the first exit polls tipped a Lopez Obrador victory.

But the currency erased those gains to weaken as much as 0.8 percent after an official quick count by electoral authorities showed he took over 53 percent of the vote. The currency settled back to trade down only slightly after he offered a moderate victory speech.

His margin of victory was at the upper end of polls and suggests his leftist National Regeneration Movement (MORENA) party may clinch majorities in Congress, which could allow him to make bigger economic changes.

“MORENA will likely get a majority in Congress,” said Benito Berber, an analyst at Nomura. “Market sentiment will suffer, but not too much.”

In a victory speech at a downtown hotel, Lopez Obrador struck a conciliatory tone, saying he would preserve fiscal discipline and central bank independence.

But he also said he would review oil contracts awarded to major oil companies to ensure there had been no corruption. Later, speaking before tens of thousands in the historic city center he said he would double pensions for the elderly and establish a government “by the people”.

Polls had tipped a wide victory for Lopez Obrador, who many investors are expecting will govern from the centre.

The peso hit a one-month high on Friday before pulling back and Mexico‘s benchmark stock index closed at a more than eight-week high while options trading pointed to a possible slump this week.

A solid congressional majority would give Lopez Obrador the power to raise spending without brokering deals with other parties. Lopez Obrador has insisted he will maintain a fiscal surplus and fund more social spending by fighting corruption.

Analysts said it would take until Monday or Tuesday to have a clearer idea how congressional races panned out.

Marco Oviedo, an economist at Barclays, thought the peso would hold around current levels, but that the market would be watching Lopez Obrador for further signs of where he will take policy.

Investors will also be waiting to see how Lopez Obrador will engage the administration of U.S. President Donald Trump and what tack he will take on deadlocked talks to revamp the North American Free Trade Agreement (NAFTA), analysts said.

“The market will concentrate on his plans: the 2019 budget, NAFTA, his communications with Trump, if he is orthodox and pragmatic,” Oviedo said.