Merkel vows to stay in job, work at “under pressure” U.S. relationship 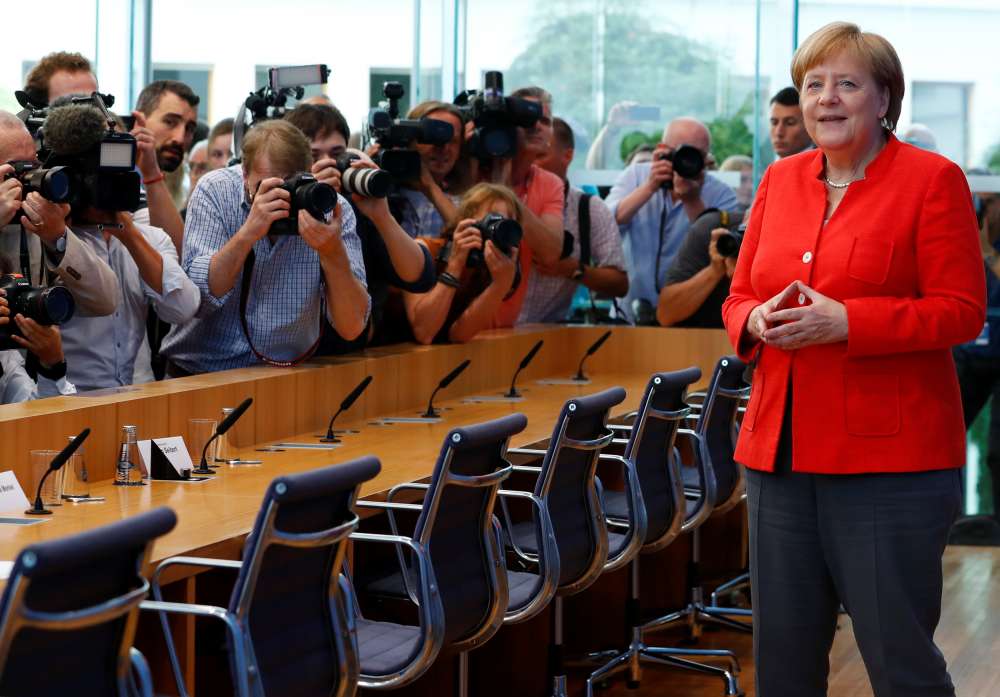 Chancellor Angela Merkel, vowing to stay in office despite challenges at home and abroad, said she would work on Germany’s “under pressure” relationship with the United States but that Washington could no longer be relied on to deliver world order.

In a wide-ranging news conference, Merkel described Germany’s relationship with the United States as “crucial”, even after U.S. President Donald Trump last week accused Berlin of being a “captive” of Russia due to its energy reliance.

Merkel, 64, is facing criticism at home and abroad as she tries to hold together her fractious coalition dogged by infighting over immigration policy while also dealing with Trump and a raft of foreign policy challenges including Brexit.

Last week, Trump said Germany was wrong to support an $11-billion Baltic Sea pipeline to import even more Russian gas while being slow to meet targets for NATO spending – a decision he described as “a horrific thing”.

Asked about her working relationship with Trump, Merkel said: “One can say that the values, or our usual framework, are under strong pressure at the moment.”

“However, the transatlantic working relationship, including with the U.S. president, is crucial for us and I will carry on cultivating it,” she added.

Merkel, a conservative who grew up in Communist East Germany, welcomed Trump’s invitation to Russian President Vladimir Putin to meet in Washington this autumn and said it should become normal again for U.S. and Russian leaders to meet.

But she added that she had been right to say a year ago that Europe could no longer rely on the United States to impose order on the world, and that it needed to take matters close to home into its own hands.

“We can’t rely on the superpower of the United States,” Merkel said, describing possible U.S. tariffs on imported cars as “a real threat to the prosperity of many in the world”