May wins support from divided government on Brexit plan 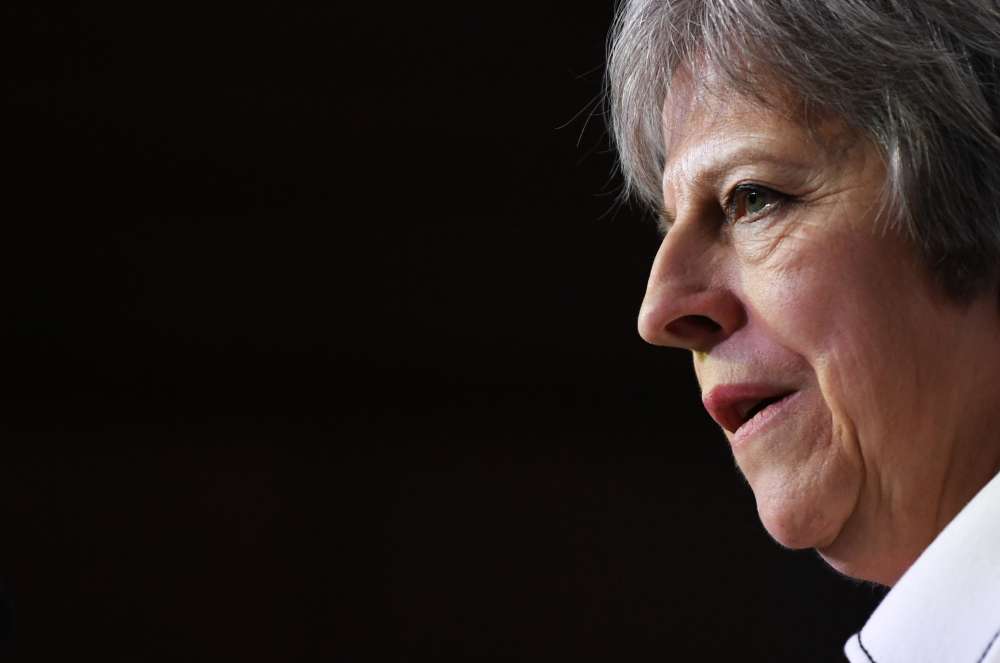 British Prime Minister Theresa May secured a cabinet agreement on Friday for her plans to leave the European Union, overcoming rifts among her ministers to win support for “a business-friendly” proposal aimed at spurring stalled Brexit talks.

After an hours-long meeting at her Chequers country residence, May seemed to have persuaded the most vocal Brexit campaigners in the cabinet to back her plan to press for “a free trade area for goods” with the EU and maintain close trade ties.

The agreed proposal – which also says Britain’s large services sector will not have the current levels of access to EU markets – will not come soon enough for Brussels, which has been pressing May to come up with a detailed vision for future ties.

But the hard-won compromise may yet fall flat with EU negotiators.

By also committing to ending free movement of people, the supremacy of the European court and “vast” payments to the bloc, May could be accused of “cherry-picking” the best bits of the EU by Brussels officials, who are determined to send a strong signal to other countries not to follow Britain out of the door.

The EU’s chief Brexit negotiator Michel Barnier welcomed the agreement but added on Twitter: “We will assess proposals to see if they are workable and realistic.”

For now, May, who has been written off by critics regularly since losing her Conservative Party’s parliamentary majority in an ill-judged election last year, will be buoyed by the hard-won agreement.

“Today in detailed discussions the cabinet has agreed our collective position for the future of our negotiations with the EU,” May said in a statement. “Now we must all move at pace to negotiate our proposal with the EU to deliver the prosperous and secure future all our people deserve.”

In a document outlining the government’s position, ministers said they had agreed that an earlier proposal made to the EU “needed to evolve in order to provide a precise, responsible and credible basis for progressing negotiations”.

Instead, they had agreed to negotiate for a “free trade area for goods”, one that would see Britain having a “common rulebook for all goods” in a combined customs territory. This would allow Britain to set its own import tariffs and seal new free trade deals.

They also agreed that parliament would have the power to decide whether to follow EU rules and regulations in the future, and the government would step up preparations for the eventuality of a ‘no deal’ exit.

But for both sides of the Brexit debate – the hardline eurosceptics and the staunch EU supporters – the agreed negotiating position was not enough.

Pro-EU Labour lawmaker Chuka Umunna described it as “yet another behind-closed-doors stitch up that would leave us all worse off”.

The Times newspaper said, without citing sources, that May was taking a hard line and had promised senior allies that she would sack foreign minister Boris Johnson, a Brexit supporter, if he tried “to undermine the peace deal”.

As she held the crisis talks with her ministers, the chief executive of European planemaker Airbus, Tom Enders, accused the government of having “no clue or at least consensus on how to executeBrexit without severe harm”.

May was cautious on whether she will win the support of the EU, saying only that she had “been talking to European leaders over the last week or so”.

“This is a proposal that I believe will be good for the UK and good for the EU and I look forward to it being received positively,” she told reporters.

But she has at least cleared yet another domestic hurdle.

She seems to have reassured pro-Brexit ministers that under the new negotiating position Britain will still be able to seek trade deals with the rest of the world, easing fears that mirroring EU rules for goods would rule that out.

They may also have been reassured by May reiterating her belief that any agreement with the EU should end the jurisdiction of the European Court of Justice, although British courts would still have to “pay due regard” to its rulings.

And the agreed negotiating position also hands a big role for parliament to decide whether Britain should continue to follow EU rules and regulations, recognising that any rejection of them “would have consequences”.

“This is a further step, an important further step, in our negotiations with the European Union,” she said. “But of course we still have work to do with the EU in ensuring that we get to that end point in October. But this is good.