May could seek more time before final Brexit vote-paper 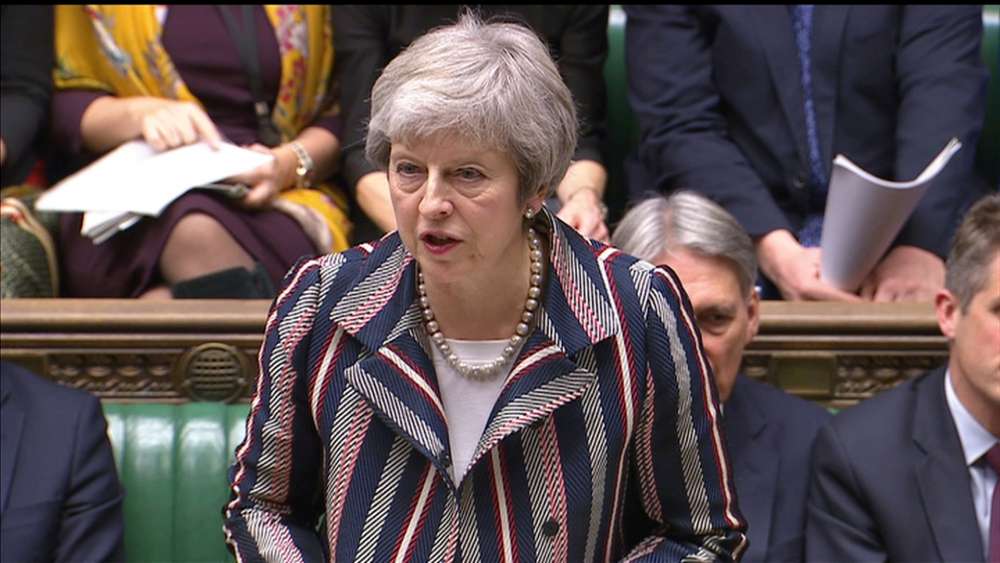 British Prime Minister Theresa May might again push back a final vote in parliament on her Brexit deal, less than three months before the country is due to leave the European Union, a newspaper reported.

The Sunday Telegraph said May’s aides were believed to be drawing up a plan to make approval of the deal by members of parliament conditional on the European Union providing further concessions.

The newspaper said the move was intended to help limit the scale of opposition in parliament to her plan while allowing more time for negotiations to continue with EU leaders.

May was forced to postpone in December a key vote on the Brexit plan she has agreed with other EU leaders in the face of deep opposition from within her own Conservative Party and other groups in parliament.

The vote has been rescheduled for the week starting Jan. 14 after a debate which is scheduled to begin in the coming week.

Britain is due to leave the EU on March 29 and May’s inability so far to get her deal through parliament has alarmed business leaders and investors who fear that the country is heading for an economically damaging no-deal Brexit.

May renewed her warnings about the possible consequences of parliament not backing her plan, telling the Mail on Sunday newspaper that jobs were at stake and lawmakers would be putting democracy at risk if they did not deliver on the outcome of a the 2016 referendum that backed leaving the EU.

The Sunday Times said lawmakers, including some from May’s Conservatives, would try to thwart a no-deal Brexit by proposing that the finance ministry lose its emergency funding powers if parliament did not agree to Britain leaving the bloc without an agreement.