May asks EU for Brexit delay until June 30 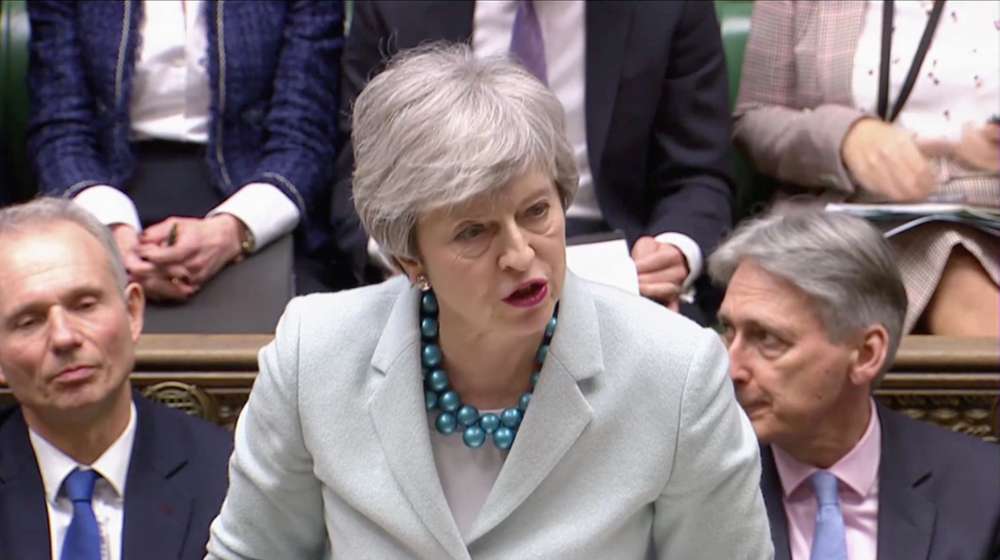 British Prime Minister Theresa May wrote to European Council President Donald Tusk on Friday asking for a delay of Brexit until up to June 30, but said she still hopes to get Britain out of the EU earlier to avoid it participating in European elections.

Britain is now due to leave the EU in a week, but May has been forced to seek more time after Britain’s divided parliament failed to approve a withdrawal agreement.

“The United Kingdom proposes that this period should end on 30 June 2019,” May said in the letter. Such a long extension means Britain would be required to hold elections for the European parliament.

May said Britain would prepare for such an election, but she still hoped that an agreement would be reached sooner, allowing the extension to be ended early.

“The government will want to agree a timetable for ratification that allows the United Kingdom to withdraw from the European Union before 23 May 2019 and therefore cancel the European Parliament elections, but will continue to make responsible preparations to hold the elections should this not prove possible,” she said.

The chairman of European Union leaders, Donald Tusk, is likely to offer Britain a flexible extension of the date of its departure from the EU of up to one year, with the possibility of leaving sooner, a senior EU official said.

The official said the option could be presented to May at the EU summit on Brexit on April 10 in Brussels.

“The only reasonable way out would be a long but flexible extension. I would call it a ‘flextension’,” the official said.

“We could give the UK a year-long extension, automatically terminated once the Withdrawal Agreement has been accepted and ratified by the House of Commons,” the official said.

“And even if this were not possible, then the UK would still have enough time to rethink its Brexit strategy. A short extension if possible, and a long one if necessary. It seems to be a good scenario for both sides, as it gives the UK all the necessary flexibility, while avoiding the need to meet every few weeks to further discuss Brexit extensions.”

Britain’s exit from the EU, nearly three years since the country voted to leave the bloc, is now in doubt because the British parliament cannot decide what exit terms it wants.

May offered to quit to get her deal passed but it was defeated for a third time last Friday, the day Britain was originally due to leave the EU.

She is now in talks with opposition Labour Party leader Jeremy Corbyn to find a way out of the deadlock, but it is not clear if they can find a solution in the next few days.

European officials say a request for an extension would have to be backed by sound arguments why the EU should grant it.

“If we are not able to understand the reason why the UK is asking for an extension, we cannot give a positive answer,” French Finance Minister Bruno Le Maire told reporters in Bucharest, when asked about the possible 12-month extension.