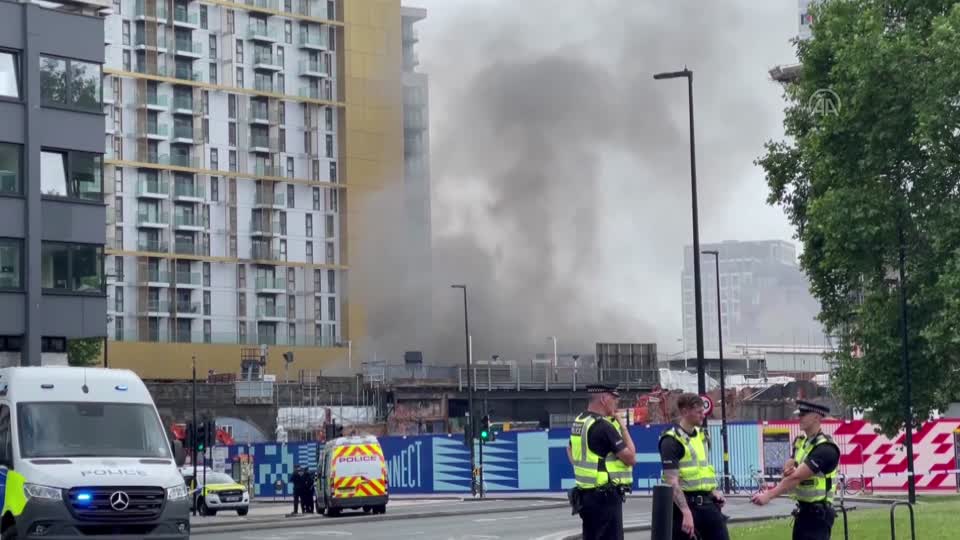 A massive fire broke out near Elephant and Castle station in London on Monday (June 28).

The city’s fire department said in a statement that “Around 100 firefighters are currently tackling a fire near #ElephantandCastle Railway Station where the railway arches, six cars, and a telephone box are alight. There are significant road closures in place.”

The fire department also said the station and nearby buildings have been evacuated.

“The cause of the fire is not known at this time. The Metropolitan Police Service says that at this early stage, the incident is not believed to be terror-related,” the statement added.

Later London Fire department announced that the fire is under control, adding that “Firefighters will remain at the scene for the next few hours to dampen down the scene. Road closures are still in place in the area.”

Elephant and Castle station which is a busy traffic intersection is a major rail hub on the Northern Line in the British capital.

By gavriella
Previous article
Which measure returns to prevent setback
Next article
314 new cases of COVID-19, no death on Monday