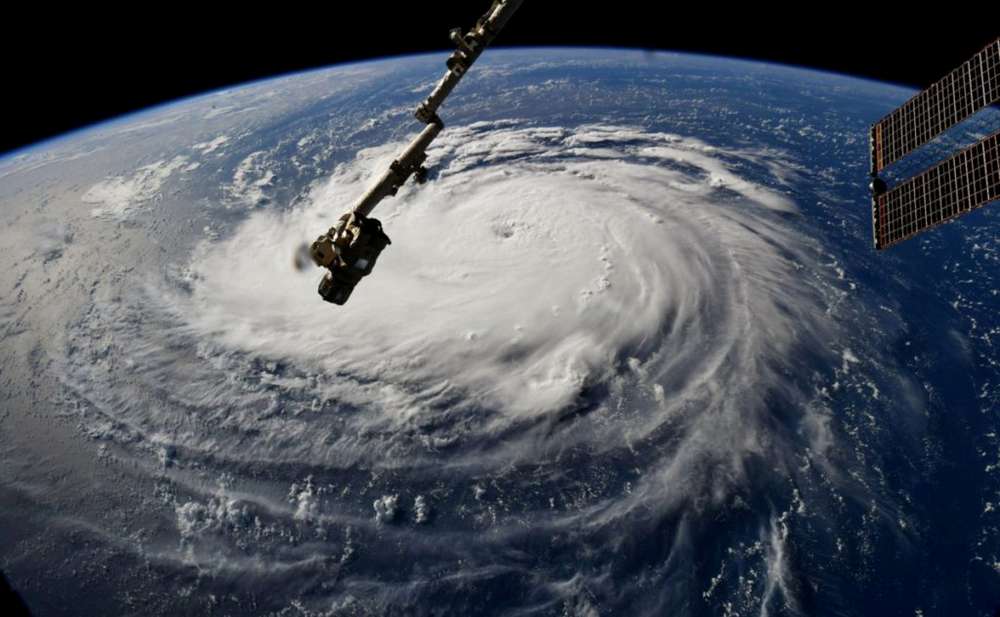 ass evacuations were ordered along the U.S. Atlantic Coast as Hurricane Florence, a Category 4 storm and the most powerful to menace the region in nearly three decades, barreled toward the region on Tuesday.

Governor Ralph Northam issued an evacuation order for about 245,000 residents in flood-prone coastal Virginia beginning at 8 a.m. local time while South Carolina Governor Henry McMaster has ordered more than 1 million residents along his state’s coastline to leave starting at noon on Tuesday.

“This is a serious storm and it’s going to effect the entire state,” Northam told a news conference. “Everyone in Virginia needs to prepare.”

Florence, packing winds of 140 miles per hour (220 kph), was expected to grow even stronger before making landfall on Thursday, mostly likely in southeastern North Carolina near the South Carolina border, the National Hurricane Center in Miami said.

North Carolina Governor Roy Cooper told a news conference his state was in “the bull’s eye.”

At least 250,000 more people were due to be evacuated from the northern Outer Banks in North Carolina on Tuesday after more than 50,000 people were ordered on Monday to leave Hatteras and Ocracoke, the southernmost of the state’s barrier islands.

Authorities warned of life-threatening coastal storm surges and the potential for Florence to unleash prolonged torrential rains and widespread flooding, especially if it lingers inland for several days.

NHC Director Ken Graham warned of “staggering” amounts of rainfall that may extend hundreds of miles inland and cause flash flooding across the mid-Atlantic region.

Forecasts expect 10 to 15 inches (25-38 cm) of rain in the hardest-hit areas, possibly more if the storm stalls over land, as expected, Graham said.

Mindful of devastation wrought by a string of deadly U.S. hurricanes last year, residents in the Carolinas began the rituals of disaster preparation – boarding up windows and stocking up on groceries, water and gasoline.

Classified as a Category 4 on the five-step Saffir-Simpson scale of hurricane strength, Florence was the most severe storm to threaten the U.S. mainland this year and the first of its magnitude to target the Carolinas since 1989, when Hurricane Hugo barreled over Charleston, South Carolina.

In Holden Beach, North Carolina, in the storm’s path, longtime residents were busy securing their homes and possessions.

“It’s scary to all of us. We know we can’t play around with this,” said Jennifer Oosterwyk, who owns the Sugar Britches boutique on Holden Beach and lives in nearby Wilmington.