History looms large over the Russia-Ukraine conflict. A war that Moscow started with expectations for an easy victory, which have been crashed by Ukrainian resistance.

Political scientist Mark Galeotti says that Russia will find it difficult to win this war, at least by its own definition of victory. In an interview with Phileleftheros, the internationally renowned academic expressed the view that Ukraine will ultimately claim victory and regain most of the territory it lost, but not the Crimean Peninsula. The war’s course has put Putin under pressure, Galeotti says and angered the Russian elite.

Putin wants the war to drag on long, hoping that the West will finally stop sending aid to Kyiv, due to the economic cost.

Managing a possible defeat will be very difficult for the Russian side, Galeotti says, not only because its narrative about being a strong military power will collapse but also because it will tarnish Putin’s image. “The war has already killed ‘Putinism’ and destroyed the myth of Vladimir Putin as the man who will restore the country’s glorious past,” Galeotti said, stressing that If Russia loses the war, the Russian President could be ousted.

The end of the war, however, despite the outcome, is not expected to change Russia’s relations with the West, which have already been impaired to a great extent. For the time being, we are living in Cold War 2.0.

It’s been almost nine months since Russia invaded Ukraine. How do you predict the future of the war? What can past wars teach us about how could end?

All wars are political acts, and while their outcomes may be determined by what happens on the battlefield, ultimately they win because one side or the other is no longer willing or able to pay the price of continuing the struggle. My view is that eventually, Ukraine will win and take back its territories, but the great uncertainties are whether or not this will include Crimea and just how long it will take.

Putin is hoping to outlast Kyiv and above all the West – he knows that if the latter stop providing military and financial assistance, it will be disastrous for Ukraine. So he is hoping to hold on to what he has already taken, and look so determined and willing to make this war last as long as necessary, in the hope that European governments in particular start to give up hope. Likewise, Ukraine needs to keep showing that it has a good chance of victory.

Ultimately, although it is always dangerous to make predictions, I think Russia will be pushed back out of most of the occupied territories, but that there will be no proper peace deal until after Putin has left the Kremlin – however that may happen.

Many experts don’t see Russians getting better and adapting militarily. Are the Russian gains in the south and east of Ukraine irreversible? Can Ukraine hope to retake them?

The Russians have been adapting, although too slowly, but they are not going to be able to recover from the disastrous blunders at the very beginning of the war when Putin imposed a strategy on the generals that led to the waste of so many of their best troops. Moscow is now clearly more interested in not losing the war than trying to win it, and recent moves such as the mobilization of reserves are meant to try and stem the Ukrainian advance. In the long term, though, it is hard to see Russia holding on to any or most of these territories. 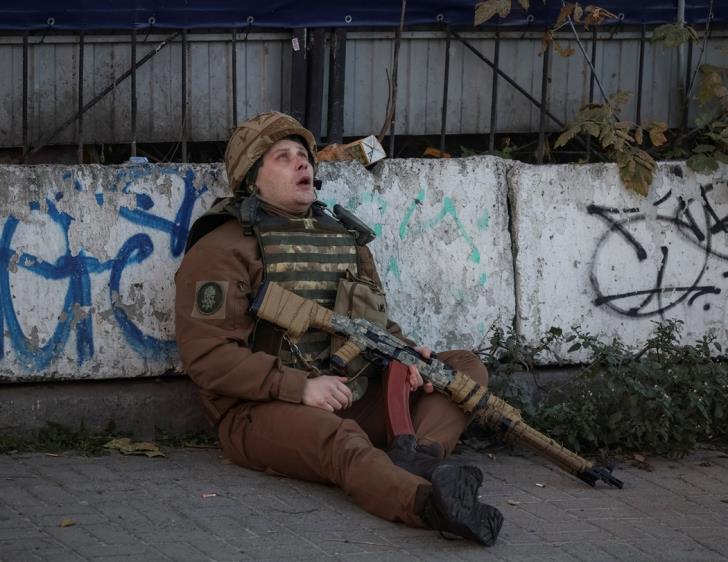 Could the war be the beginning of the end of the Putin era? How will the “czar” react if he loses the war?

I would say that the war has already killed off ‘Putinism’ and the myth of Putin as the man who would restore his country’s greatness. It is certainly the case that this is a war which is not popular either with the Russian masses or the elite and it is possible that it may lead directly to his downfall. However, we must also recognize that this is still a system with powerful security forces over which Putin still seems to have authority. I don’t think he is likely to fall any time soon: it will take some strong systemic shock (which could include a collapse of Russian forces in Ukraine) to force people around him to make a decision on whether or not to continue to support him.

This is one reason why Putin does seem to believe that his fate and his legacy are now dependent on the war. This does mean that, if really pushed into a corner, he might escalate dangerously. At present, for example, I don’t think there is a high chance that he will make good his threats to use nuclear weapons. However, this is a dangerous situation, and it is one reason why we and Ukraine need to handle Russia carefully and avoid the kind of rapid moves – such as an offensive to try and take Crimea – that might panic him into some dangerous move.

What will happen in Russia in the post-Putin era?

In the long term, I am still unfashionably optimistic about Russia. The system has built around one man, and there is no real successor. When he goes – whether he dies, retires or is ousted – then I think whoever replaces him will have to form a coalition of support, and that inevitably moves the political centre of balance away from the extremes. Putin and his closest allies are all homo sovietici, products of the Soviet era. The next political general is pragmatic, opportunistic, and kleptocratic – but without the same passionate resentment towards the West. Russia is not going to become a real democracy in the near future, but nor will it remain an autocracy.

The West is trying to understand Putin’s Russia. Do you think we have a clearer idea after the Ukrainian crisis?

Not really. If anything, the horrors of the war are obscuring the complexities of the country, in that there are so many now – for understandable reasons, I suppose – who are treating all Russians as if they are mindless mini-Putins, thuggish nationalists all. Yet, even though this is a police state where protest can be physically dangerous, thousands have continued to protest. Our problem has always been a lack of nuance in our understanding of this huge and complex country, and war, especially such a bloody and unprovoked one, is not good for nuance.

How will the crisis shape Russia’s relations with the West in the coming years?

Even if the shooting ends, there will be no ‘re-set’ with the West. There may be some limited sanctions relief, but essentially, at least so long as Putin is in the Kremlin, the West will still be locked in a confrontational Cold War 2.0 with Russia. However, when he goes, the kleptocrats who are likely to take over will probably want very much to improve relations with the West. What is the point of stealing at home, if you can’t bank, spend and enjoy it abroad? They will want to get back to the old days in which rich Russians could moor their yachts off Italy, buy penthouses in London and send their children to US universities. 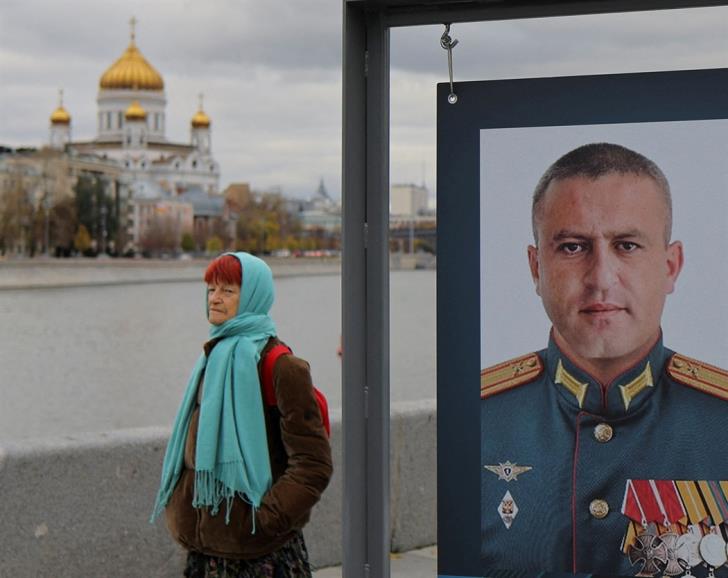 In your book (A small history of Russia) you describe how Russia became the country we know today. How will a possible defeat in Ukraine affect the Russian narrative?

A fundamental element of Russia’s narrative about itself is what it means to be an empire. Russian imperialism has historically been an essentially defensive response to feeling threatened, even if it was experienced as extreme aggression by its neighbours. Even in this conflict, Putin tries to justify it in terms of keeping NATO away. I see this war as in many ways the last gasp of the kind of imperialist attitudes held by the Soviet elite, who regarded Russia as having a right to some kind of special status, and so the war – and the eventual, costly defeat – may help lay that to rest, make Russians realise that prosperity and security are found staying within their own borders, not pushing them outwards.

Could Russia be taken to court for the war in Ukraine?

There’s already a case being brought by Kyiv to the UN’s International Court of Justice and an ongoing investigation by the International Criminal Court into alleged war crimes and crimes against humanity. Taking Russia to court is not the issue – actually being able to apply any verdict is the difficulty.

Russia’s invasion of Ukraine has caused billions of dollars in damage to the country’s infrastructure. Is there a way to force Russia to pay war reparations?

Obviously, it all depends on quite how the war ends, but I suspect whatever reparations may be paid will come from Russian assets already seized in the West. This would also give the government in Russia a chance to save face, as it could openly complain while covertly accepting this as part of the price for peace.

The Russian leadership often threatens to use nuclear weapons. How likely do you think nuclear weapons will be used in this war? If Russia uses them first will the West counterattack?

I still think it is very unlikely, though not impossible. It is not just a question of how the West would respond, after all: many within Russia are horrified by the notion, and both China and India have made it clear that they do not want to see Moscow break the nuclear taboo.

If Putin nonetheless went ahead, it would be a demonstrative use to try and scare Kyiv and the West into making concessions. However, any nuclear attack on Ukraine, however limited, would inevitably lead to a NATO response, albeit conventional rather than nuclear. It would also change how the West thinks of the war because a Putin who fired one nuclear missile could launch more. I cannot help but suspect that the voices calling for a Western campaign to remove Putin from power would only become greater. 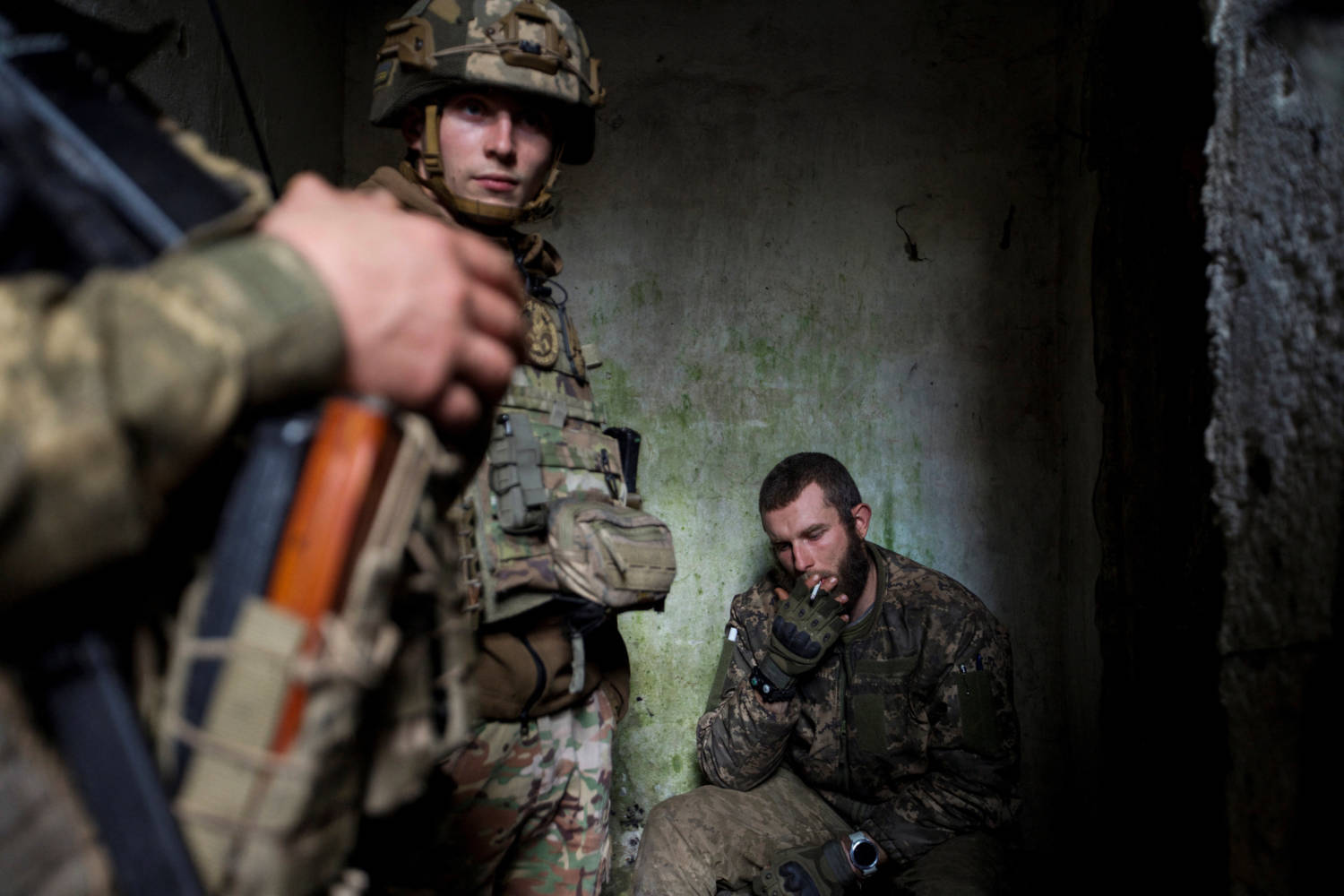