Marie Antoinette’s jewellery on display in Dubai before auction 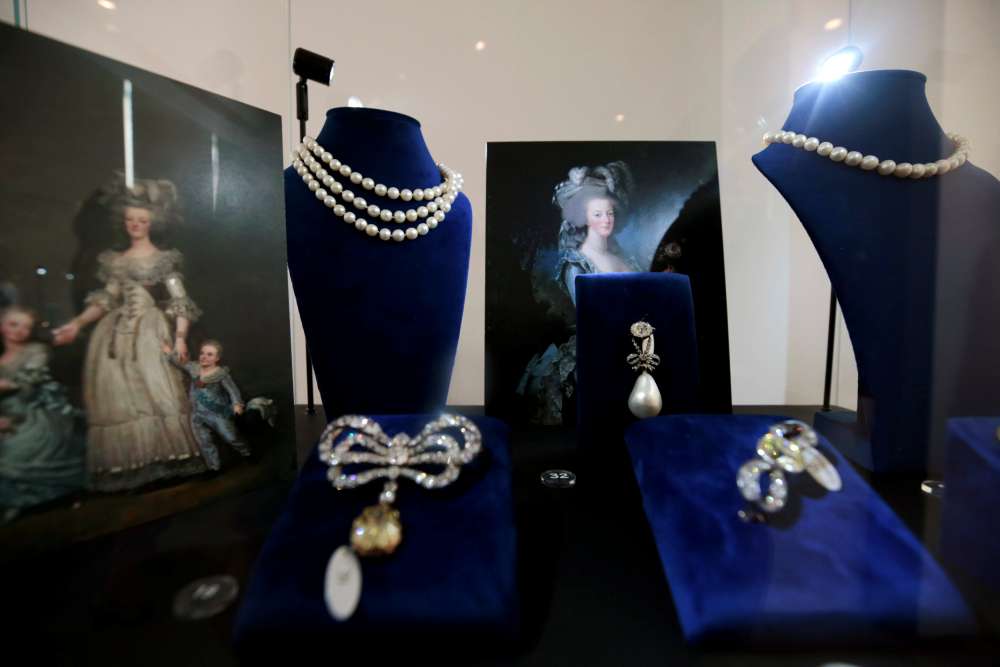 Held in private collections for more than 200 years, jewellery that once belonged to France’s ill-fated Queen Marie Antoinette has gone on display in Dubai ahead of its planned auction in Geneva next month.

Described by British auction house Sotheby’s as “one of the most important royal jewellery collections ever to come to auction,” the seven pieces are part of an exhibition entitled “Royal Jewels from the Bourbon Parma family” that also includes other items from the storied dynasty’s rich history.

The French queen’s jewels on view include a 49-karat natural pearl and diamond pendant, as well as necklaces, brooches, and earrings valued in total at between $1.5 and 3 million.

The collection, which belongs to the Bourbon Parma family, also includes a monogram ring with woven strands of Marie Antoinette’s hair enclosed.

Edward Gibbs, Sotheby’s chairman for the Middle East and India, said the Middle East had become a highly lucrative market, with a 62 percent increase in buyers over the past five years, particularly younger customers.

“It is a two-way street. We are here both to sell art and also to source it,” said Gibbs. “It’s both a regional hub and an international centre.”

After Dubai, the jewellery will also be exhibited in several other cities including London, New York and Hong Kong before going under the hammer in Geneva in November. The tour is expected to arouse the interest of potential wealthy buyers in the Gulf and elsewhere ahead of the auction.

Marie-Antoinette, an Austrian archduchess by birth, was the wife of King Louis XVI of France, of the Bourbon dynasty. Both were executed by guillotine in 1793 after the French Revolution.