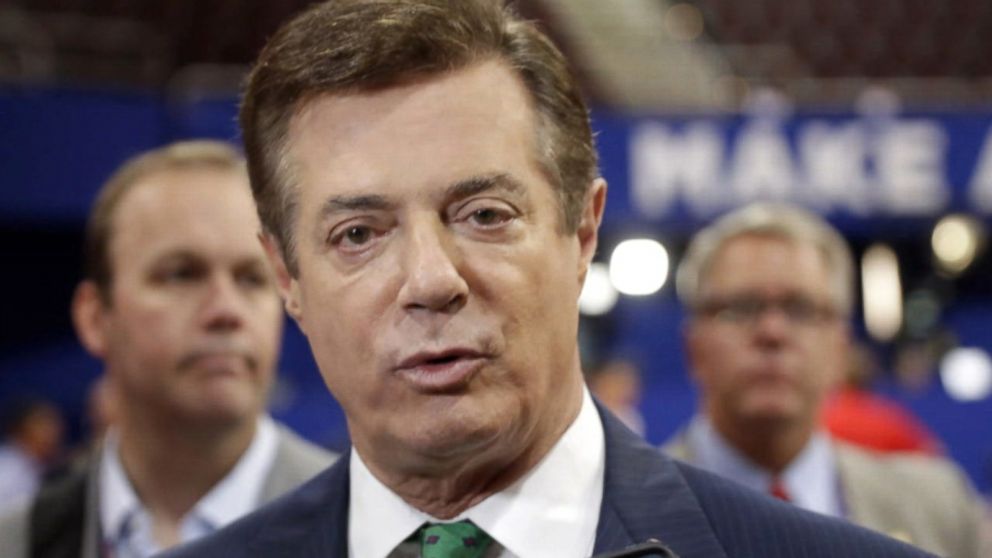 Paul Manafort on Tuesday will become the first of President Donald Trump’s former aides to go on trial, accused of bank and tax fraud by federal investigators probing Russian meddling in the 2016 U.S. presidential election.

Despite a focus on financial crimes, the trial could yield politically damaging headlines about a man who ran Trump’s campaign for three months and attended a June 2016 meeting with Russians offering damaging information on Trump’s Democratic rival Hillary Clinton that is now a focal point of Special Counsel Robert Mueller’s 14-month-old investigation.

“My guess is you will see O.J.-type frenzy at this court event,” said Michael Caputo, a former Trump aide and longtime Manafort associate, referring to the 1995 O.J. Simpson murder trial. “I really hope the president continues to watch and make public comments about this case.”

He said Trump could help the public understand what is at stake in Mueller’s investigation, which both Trump and Caputo have called a “witch hunt” aimed at ending his presidency.

Prosecutors are expected to argue that Manafort‘s lavish spending on suits, homes and luxury items did not match the income declared on his tax returns and that he misled lenders when he borrowed tens of millions of dollars against New York real estate. Manafort has pleaded not guilty to the charges.

On Monday, prosecutors said in court filings that they intended to prove Manafort earned more than $60 million lobbying for the former pro-Russia Ukrainian government and failed to report “a significant percentage” of that.

His lawyers are seeking to exclude evidence at trial that details Manafort‘s political lobbying work in Ukraine, saying it would be “irrelevant, prejudicial and unnecessarily time-consuming.”

A pretrial hearing on the issue is slated for 9 a.m. (1300 GMT) on Tuesday, before jury selection begins.

The charges against Manafort largely predate the five months he worked on the Trump team in 2016, some of them as campaign chairman.

Joshua Dressler, a law professor at Ohio State University, said the evidence against Manafort, 69, appeared strong but that he drew a favorable judge in the 78-year old T.S. Ellis, who is known to be tough on prosecutors.

Manafort faces 18 counts. The nine bank fraud and conspiracy charges alone carry maximum sentences of 30 years each, and Ellis noted in April that Manafort could be facing the rest of his life behind bars if convicted.

Given the strength of the evidence, however, some legal experts have suggested Manafort may be banking on an eventual pardon from Trump, who has called his former campaign chairman a “nice guy” who has been treated unfairly.

The trial, starting with selection of a 12-member jury, coincides with growing speculation that Trump’s former personal lawyer Michael Cohen may cooperate with federal investigators against the president.

Mueller’s team has estimated it could take eight to 10 days to present its case to the jury, suggesting the trial may last at least three weeks.

Mueller has submitted more than 500 pieces of evidence, including tax filings and mortgage statements, and pictures of Manafort‘s expensive watches and homes. There are 35 potential witnesses, many of them bankers and accountants expected to verify documents and speak toManafort‘s alleged intent to violate the law. Five witnesses were granted immunity.

Rudy Giuliani, a lawyer for Trump, said no one facing trial should expect a pardon, but he did not rule one out. Giuliani said he and Jay Sekulow, another Trump lawyer, had told the president: “This would be a very bad thing to do now.”

But once Mueller’s Russia investigation ends, Giuliani told Reuters: “He has a right to consider it. … It’s his power.”

Mueller’s team said it would not present evidence at the trial in the Washington suburb of Alexandria, Virginia, about possible campaign collusion with Russia, potentially saving it for a second Manafort trial in Washington in September. Trump has denied any collusion took place.

Manafort‘s defense strategy is still unknown. Previously, he tried to challenge Mueller’s prosecutorial authority, a move that included filing a civil lawsuit against the Justice Department.

A federal judge dismissed the civil case and Manafort appealed the decision to a higher court.

On Monday night, Manafort‘s lawyers and the government filed a joint notice saying they mutually agreed to dismiss the appeal.

If the judge rules in their favor, prosecutors could present evidence that delves deeper intoManafort‘s Russian connections. Last month, Mueller’s team disclosed in a court filing what it said was a $10 million loan to Manafort from Oleg Deripaska, a magnate with close ties to Russian President Vladimir Putin.

“It seems to me we’re seeing deeper ties that Manafort has had financially with his business deals in the Ukraine and with Russia,” said Shanlon Wu, a former lawyer for Manafort associate Rick Gates, who pleaded guilty in February and is aiding Mueller’s probe. “He could expose himself to further criminal culpability if he has to expose the full extent of those ties.”

Expected to be a main witness, Gates was Manafort‘s right-hand man for years and has knowledge of their offshore accounts and work for Deripaska and in Ukraine.

Mueller’s team has indicted or secured guilty pleas from 32 people and three companies, including the indictment of 12 Russian intelligence officials. Of the four former Trump aides ensnared in the probe, Manafort is the only one to go to trial.